FIA WEC overall race winner, LMP2 Le Mans and WEC Champion, and Hypercar racer for Glickenhaus and, in 2022, Peugeot Sport, Gustavo Menezes will race for Algarve Pro for the final two rounds of the 2021 European Le Mans Series, starting with the 4 Hours of Spa-Francorchamps this weekend.

The 26-year-old Brazilian-American joins John Falb and Rui Andrade as a replacement for Roberto Merhi in G-Drive Racing operated by APR’s #25 Pro-Am Aurus 01 at Spa and the season-ending 4 Hours of Portimao (23-24 October). 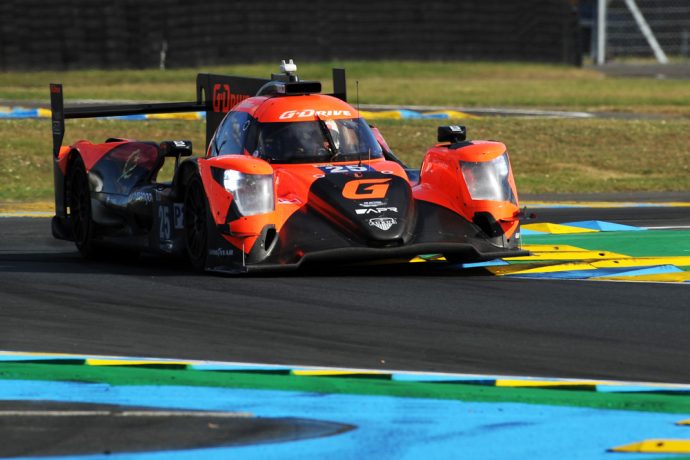 Menezes is no stranger to Algarve Pro, having joined the Portugal-based team’s ELMS programme in 2018 when he also graduated to the FIA WEC’s headlining LMP1 class. He’s also had starts in the 2021 ELMS with DragonSpeed.

“In short, I’m excited to be going back to racing in the European Le Mans Series and to be rekindling my relationship with Algarve Pro Racing,” said Menezes. “I’m returning to a different outfit since they have merged with G-Drive Racing, but it’s a team I’ve always been curious about because I’m well aware of its performances and Roman (Rusinov) also knows how to put together a good programme. It has been fantastic to see Algarve Pro performing well, just as they deserve, and I’m looking forward to hitting the track with them.

“With the Peugeot Hypercar programme coming together for 2022, I’m keen to get behind the wheel as much as possible. Every specification of car has decreased in performance compared to what I’m used to, and, while I’ve driven the Glickenhaus this year, I’m more comfortable in LMP2; the Rebellion LMP1 I raced previously was a tuned P2, so the cockpit feels like home, and that familiarity is always helpful.”

Menezes added: “I’m joining John Falb and Rui Andrade in the #25 G-Drive Racing operated by APR Pro-Am entry and podiums are the goal, both overall and in class. I’m not out to prove myself, just to enjoy the experience and help the team end the 2021 season with some great results.”

Algarve Pro Racing Team Principal, Stewart Cox: “It’s fantastic to be welcoming Gustavo (Menezes) back to the Algarve Pro Racing fold, because he was a real asset to us in 2018 and his performances in LMP1 and Hypercar have been exceptional. Roberto (Merhi) has made a great contribution to this year’s European Le Mans Series campaign, which has included Pro-Am victories and podiums, and we thank him for that.

As a result, it was important to replace him with someone who’s just as fast and professional, and Gustavo was an obvious choice, especially as he’s looking to get as much mileage as possible before kicking off Peugeot’s Hypercar programme in 2022. We will provide a competitive package and hope to collect more silverware in the final two races of the season at Spa and Portimao.”