This week brought the sad but not unexpected news via French media that Pescarolo Team has been wound up by the courts due to a lack of assets.

That marks the end of the road for Henri Pescarolo’s eponymous equipe that took the man with 33 race starts (and four wins) as a driver, onto team management and constructor success too.

The team was established in 2000 as Pescarolo Sport after Henri decided to finally step down as a driver, and in its debut season produced a run at Le Mans that saw the team’s Sodemo Peugeot engined Courage C52 finish a very creditable 4th overall, behind only the dominant Audi R8s and beating off strong factory backed competition from Cadillac, Oreca/ Chrysler, and Panoz. 2001 saw the team upgrade to the Courage C60 and take their first overall victories, at Estoril in the European Le Mans Series and Magny Cours in the FIA SCC.

2002 saw the team take a double victory in the FIA SCC whilst in 2003 they repeated that feat, and took second place in the 1000km event at the Le Mans Bugatti circuit that served as a preview of the reborn Le Mans Series the following year. 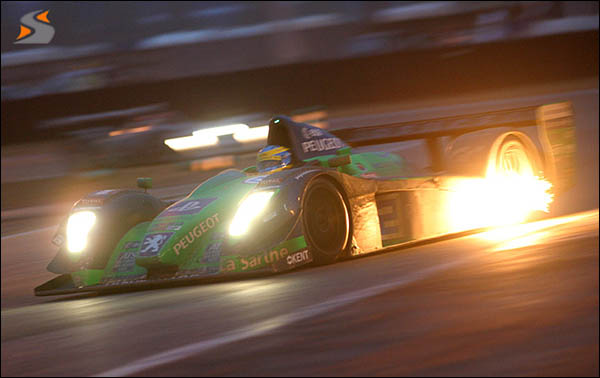 2005 though saw the team finally come good, a pair of wins and the LMES title , a feat they repeated the following year, but this time with a clean sweep of five race wins out of five. 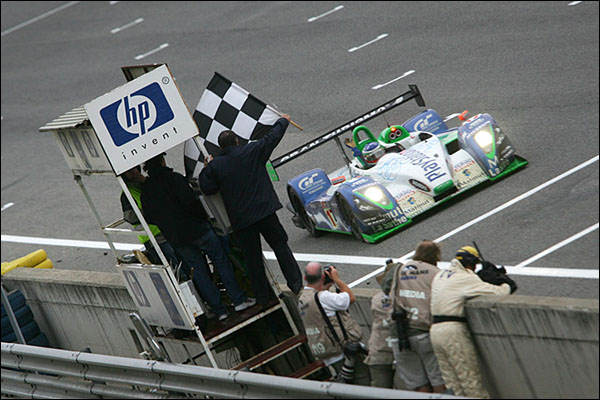 They also finished second overall at Le Mans in both 2005 and 2006, though Henri would be left fuming after a performance from Soheil Ayari at Le Mans that likely robbed the team of an overall win. 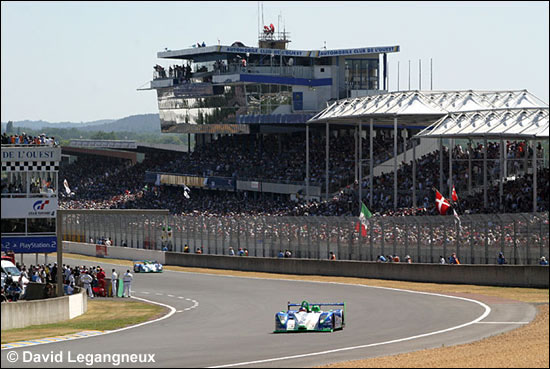 2007 saw the changes rung once again as Pescarolo the driver and Team Owner became Pescarolo the constructor, the Pescarolo 01 made its racing debut and ran the Peugeot works team very close indeed to the LMS title, scoring no victories but proving reliable and consistent enough to split the works 908s in the final standings.

2007 also saw a third consecutive Le Mans podium, third place this time, but the final time that the team would be seen on the gantry on Sunday afternoon.

2008 though saw the works Audi and Peugeot teams in the Le Mans Series in full strength and the Pescarolo Judd had little answer to the diesel powered question!

2009 saw a single LMS win but a distant second in the overall points standings as the Lola Aston Martins arrived.

Le Mans saw a Peugeot 908 HDI FAP placed by the factory team with Pescarolo, it ran well too until being eliminated overnight in a nasty shunt, the financial impact of that incident stretched already pressured resources very badly indeed. 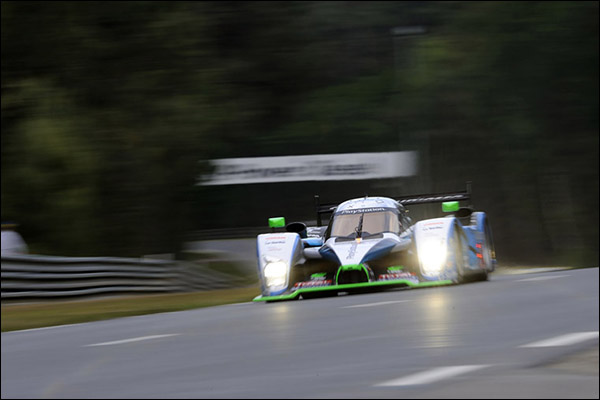 The team though did take the 2009 Asian Le Mans Series title contested over 2 x 500 km races in Okayama, though the glory there went to the team under the Sora racing moniker. 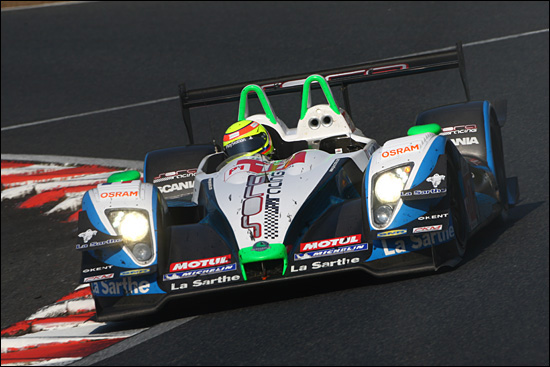 By now the team were struggling and an unhappy chapter began with assets and companies changing hands, poor Henri was no longer in control of his teams destiny.

2010 saw the troubled team dormant, Henri missing his first Le Mans 24 Hours as a competitor since 1969 (the year that he was hospitalised after a fiery accident in testing for Matra) but in 2011, after a huge gesture from a group of motorsport friends, including Jacques Nicolet, Pescarolo Sport became Pescarolo Team, the assets purchased at a liquidation auction and handed straight back to Henri.

He rewarded his supporters with a pair of wins in the LMS and a title race that went down to the wire, the reborn team falling just a point short of the Championship.

2012 saw the advent of the FIA World Endurance Championship and Henri and co were always going to find the going tough. 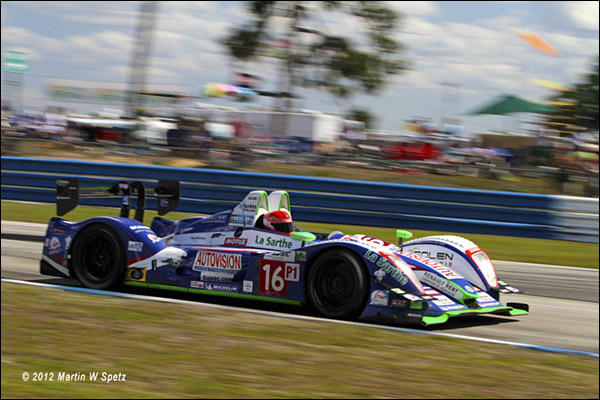 They had grand plans though for a brand new car, the Pescarolo 03 but the car was very, very late. The old 01 then was raced at the season opener at Sebring and performed well, it took an LMP1 podium finish, behind the factory Audis, and a gaggle of LMP2s. 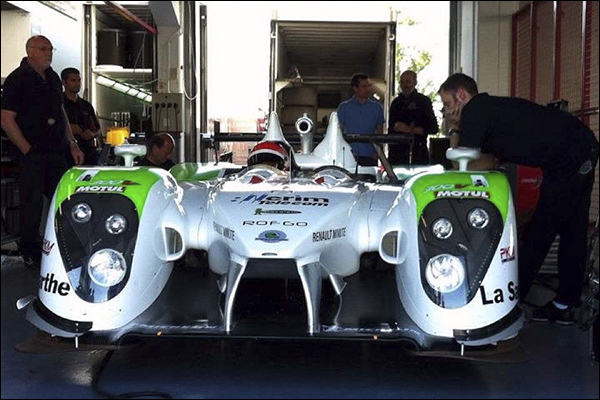 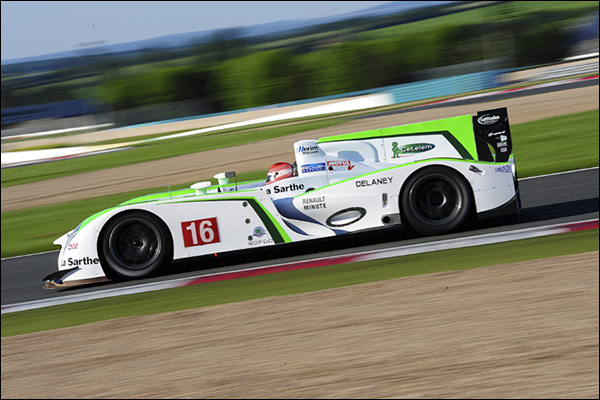 Le Mans was a disaster, long-time Pescarolo favourite Jean Christophe Bouillon walking away after declaring the new 03 unsafe. It didn’t last long in the race, and neither, very sadly did the sister car on the team, Pescarolo running the Dome S102.5 but the crowd pleasing japanese car would not make the final classification. 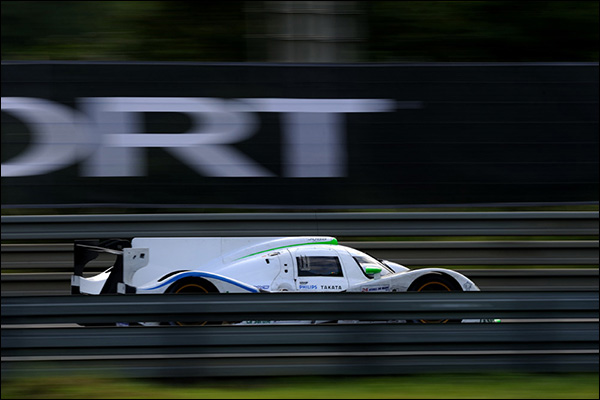 That, very sadly, was more or less it, a very sad end to a storied history.

Few individuals have been involved with one event for so long, at such a high level and in so many guises as Henri Pescarolo.

Throughout his team’s years at the top of LMP1 they did battle not just with fellow minnows but with giants, Audi, Bentley and Peugeot, and sometimes won!

Let’s not forget either the contribution that the team made to the cultivation of French motorsport talent, the team respected throughout the paddock for excellent technical ability, teamwork and strategy.

And as for driving talent – Well, in the years of competition across the globe, and in particular at Le Mans the Pescarolo squad featured 28 drivers aboard their cars including two subsequent winners of the race, Romain Dumas and Benoit Treluyer, Treluyer given his first chance in LMP1 by the team, something that Henri did too for both Sebastien Bourdais and Sebastien Loeb!

Indeed 23 of the 28 men that wore Pescarolo colours were Frenchmen (including the latterly Monegasque Stephane Ortelli. With the closure of the team the home country of the world’s greatest endurance race has lost a key asset, here’s hoping that a new generation can step up to the plate. 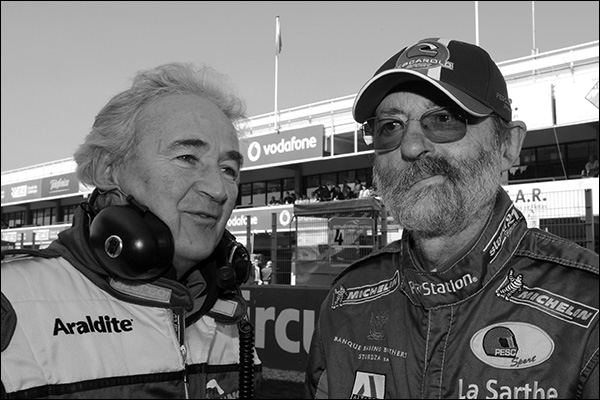 DSC wishes all the very best of luck to all at Pescarolo Team but in particular to Henri and Madie – An extraordinary chapter in our sports history has closed.