Since it arrived on the scene in the Le Mans Series in 2010 DSC readers have become familiar with the Race Performance team (the team’s Radical SR9 is pictured below) and its principal Michel Frey. Over the years, the Swiss team’s position in the ELMS championship has steadily improved: 8th in 2012, 6th in 2013 and 5th in 2014, including two podium finishes. 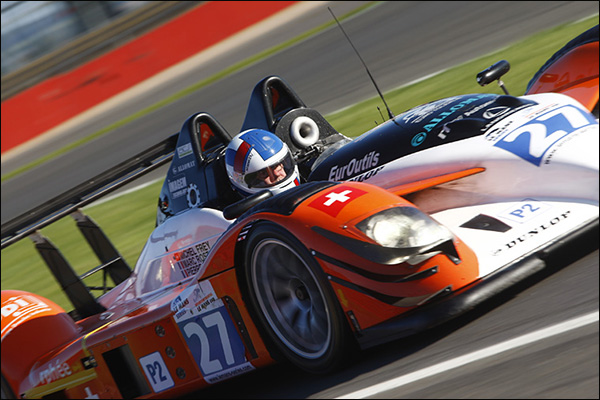 Returning from a two-day test session at Estoril featuring Formula Renault 3.5 driver Zoel Amberg from Switzerland at the wheel of the Oreca 03R Judd, Frey kindly spared some time to talk to DSC’s Mat Fernandez about his team’s 2014 season and their projects for 2015.

“2014 was good overall,” says Frey. “It started off on a wrong note with a crash at the Paul Ricard Official Test Session (below). 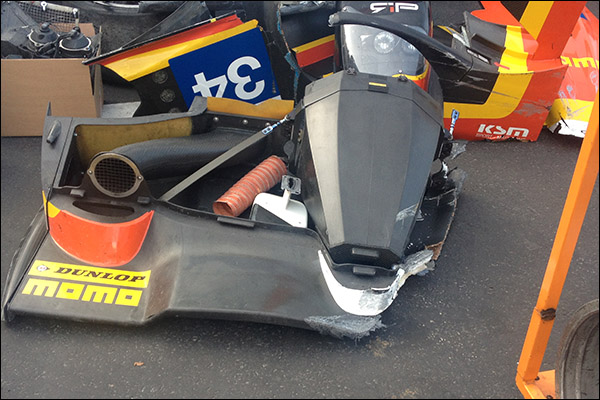 But soon enough came the 4 Hours of Silverstone where we [Franck Mailleux and Frey, also a driver for Race Performance] led until the penultimate lap of the race, ultimately finishing second in front of the British fans, less than four seconds behind the winner.” 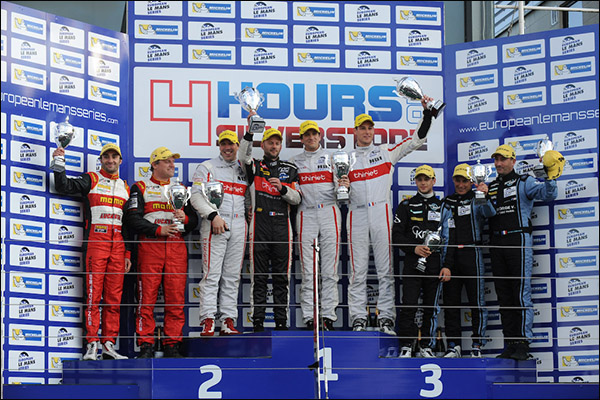 At the 4 Hours of Imola (Italy), the team’s fortune changed: “It was a frustrating race with some issues related to traffic.” Indeed, the car was pushed off the track on two occasions.

Then came the 24 Hours of Le Mans with GP2 British driver Jon Lancaster joining the driver line-up. “I had set high expectations for the team with the objective of finishing on the LMP2 podium. Judd had provided an engine with a conservative set-up, which was meant to allow us to run the 24 hours reliably.” Hopes were high for the Swiss and his team.

The LMP2 category saw twenty-nine race leader changes over the twenty-four hours. Race Performance took the lead on five occasions during a total of thirty-four laps (about two hours). “We were doing really well until we started having problems with the fuel pump at dawn on Sunday. It went downhill from that point on. We saw the checkered flag [8th in LMP2], but we were a little disappointed: at 8 am, the Zytek of Jota Sport was still behind us and we knew what their final position was at 3 pm on Sunday [LMP2 Winner].”

The second half of the ELMS season replicated the first half with some strong performances overshadowed by glitches. At the 4 Hours of Red Bull Ring (Austria), the car led the race but ended up 3rd after losing 30 seconds in the pits due to a faulty wheel. 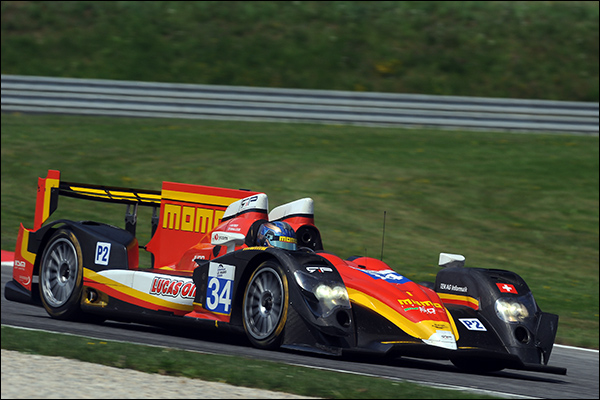 At the 4 Hours of Paul-Ricard (France), the car finished 7th after suffering a technical problem that cost the team three laps. Finally, at the 4 Hours of Estoril (Portugal), the car missed the podium (4th place) after touching another car.

“We worked a lot on and off the track,” says Frey. “We missed that additional 5% that makes the difference and that would have granted us one or more victories. We had bad luck for sure, but let’s recognise we also made a few mistakes. I’m comfortable we can get that additional 5% next year by ensuring all of us are more focused.”

Frey is currently working on the team’s 2015 program. “Of course, the choice of the championship and the car will depend on the budgets we can get from our sponsors and drivers. For now, we are working on a probable program of two Oreca 03R Judd. We have thought about getting newer cars, of course [Ligier JSP2, Oreca 05, etc.], but I am not entirely sure that we could get as reliable a package as the one we currently have. Furthermore, we know the Oreca 03R well, and we have plenty of spare parts. As for the Championship, we have not made up our mind yet whether to join the WEC or the ELMS, but it will most probably be the latter. We will also file both cars for the 24 Hours of Le Mans 2015, but I am not sure I will still be at the wheel next year.”

Race Performance’s next practice session should be at Paul Ricard (France) on Official Test Days during the final week of March 2015.