The FIA today announced the five manufacturers that have been accepted to contest the FIA GT World Cup this November.

The manufacturers that submitted entries for, and will compete in, the GT shoot-out on the famed Macau street circuit are:

Each manufacturer may enter three cars through private teams. The next steps for the manufacturers are to nominate the teams and drivers that will represent them for the single-driver sprint format event.

The FIA GT World Cup was announced in July and is being jointly organized by the Automobile Association Macau China (AAMC) and the FIA with assistance from SRO. 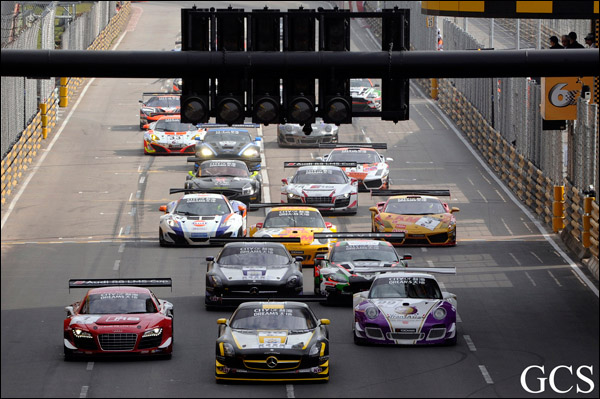 The event will include an FIA GT World Cup for Manufacturers, which will be awarded according to the points scored by the two highest-placed cars of each make.

Christian Schacht, President of the FIA GT Commission, says the confirmed manufacturers set the scene for an exciting event on 19-22 November.

“We’re very satisfied to have received entries from five of the world’s most famous racing manufacturers for the first event,” said Mr Schacht.

“It’s the result of two success stories; the FIA GT3 concept used in the majority of GT championships all over the world, and the legendary Macau Grand Prix.

“For Aston Martin, Audi, McLaren, Mercedes and Porsche, the FIA GT World Cup provides a great opportunity to showcase their cars on a big stage in the heart of the growing Asian market.

“The FIA GT3s are directly derived from production models and the stakes will be high in the first FIA GT World Cup.

“Thanks to the status of the Macau Grand Prix, and the broadcasting agreements signed by the AAMC, the event will have a worldwide impact, and with its sprint race format, viewers and race-goers are bound to see a magnificent spectacle.”

The event is open to 28 cars maximum and the field will be completed by entrants selected by the GT World Cup Committee, and will be open to any model complying with FIA GT3 regulations, not just those from the Manufacturer entries.

Teams have until 25 September 2015 to register their teams and drivers – the full list will be announced during the official press conference in Macau on 7 October.