With thanks to Mat Fernandez here are the major changes from 2015 included in the 2016 regulations for the Le Mans 24 Hours. 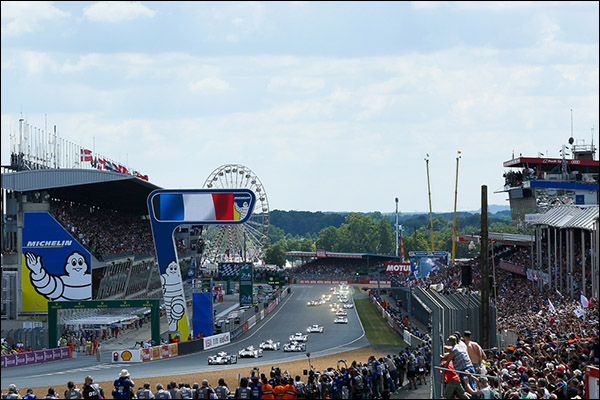 There will be 57 official entries for the 2015 race plus the Garage 56 entry from Frederic Sausset.

There will be (up to) ten reserve cars nominated.

The closing date for filing an entry to the race is 25 January 2016.

Test Day will be exclusively reserved for the 58 invited competitors, for whom participation is mandatory. Reserve status cars will not take part in the two sessions on Sunday, June 5th.

However the Selection Committee “may allow one or more cars to participate in Test Day for the 24 Hours of Le Mans as experimentation linked to the race or to the World Endurance Championship (WEC)”.

Unlike in 2015, Platinum drivers who do not appear on the list of experienced drivers can be exempted from the obligation to drive 10 laps during the test day (upon request to the Sports Committee) if they prove the obligation of the entry of another major car race.

ELMS Competitors gain potential use of a third engine for the full season and Le Mans (instead of 2 last year).

An intriguing change in LMP1 – 64 sets of tyres for new tyre manufacturers entering the class instead of 48 for existing manufacturers.