To this day, Jean Rondeau remains the only native of Le Mans who ever built and drove his own car to victory in the 24 Hours of Le Mans. Thirty years after his death in a road accident, DSC looks back at Rondeau’s achievements as a driver and constructor. 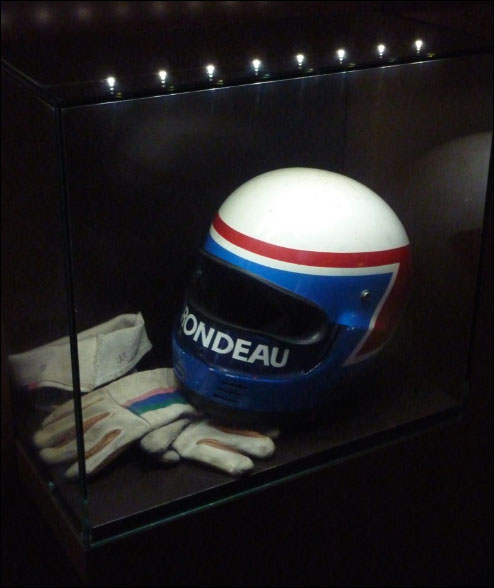 Rondeau’s career in the 24 Hours of Le Mans began in the early 1970s, when he managed to secure drives on modest privateer cars. Over four editions (from 1972 to 1975), he only saw the chequered flag once and was generally rather disappointed with both the results and the quality of the cars he drove. Relatives and friends of Rondeau predominantly agree that this dissatisfaction fed his desire to build his own car in 1975, when newly released GTP regulations allowed the production of relatively simple and affordable prototype cars.

Rondeau and a few friends produced a first sketch of the prototype in the fall of 1975 and partially financed its promotion through a local crowdfunding operation. The campaign proved successful, capturing the attention of the newly appointed CEO of Inaltera (a wallpaper manufacturer), Charles James. James wanted to promote Inaltera using means offering a faster return on investment than the conventional media outlets. With Matra no longer racing after Le Mans 1974 and Ligier’s departure after Le Mans 1975, James felt that, despite their complete lack of experience, Rondeau’s team could help him meet his goal and also become the new “bleus” with Inaltera-branded cars.

Proper funding and the “bleus” pitch contributed to the recruitment of three of the best French drivers of that era: Jean-Pierre Beltoise, Henri Pescarolo and Jean-Pierre Jaussaud. “For sure, this is not something you would see happening nowadays,” Jaussaud reflects today. “In the early days of the program, we really did not know much about the car: I remember being shown a small model carved in wood. Regarding the engine, we had been told the car would carry a Ford Cosworth. It was a good engine for sure, but we knew how fragile it could be over twenty-four hours because of its vibrations. Things turned out for the best, and soon enough I was able to test the car. It was well engineered and never felt dangerous to drive.” In a little less than eight months, two Inaltera cars were built from scratch. Beltoise/Pescarolo on Inaltera #1 eventually finished 8th, winning the GTP Class in the 24 Hours of Le Mans 1976.

1977 (below) confirmed the excellent performance of the car that had been observed in 1976, with Ragnotti/Rondeau finishing 4th and once again winning the GTP class in the 24 Hours of Le Mans. 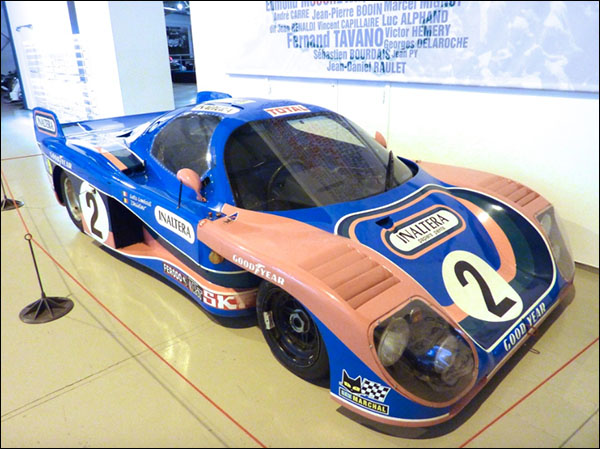 The 1978 season opened on a dramatic note. Despite the nearly 40% increase in Inaltera’s sales since the beginning of the Le Mans adventure, the wallpaper manufacturer put an end to Rondeau’s endurance program and abruptly sold all related assets. The chassis, engines, wheels, tools and cash were all gone overnight, leaving Rondeau with nothing. With the support of SKF, he miraculously managed to build a car, the Rondeau M378 (“M” in honor of PR manager Marjorie Brosse’s work reaching out to sponsors), and competed in the 24 Hours of Le Mans (picture below of Jean Rondeau and Marjorie is courtesy of Mme Brosse). 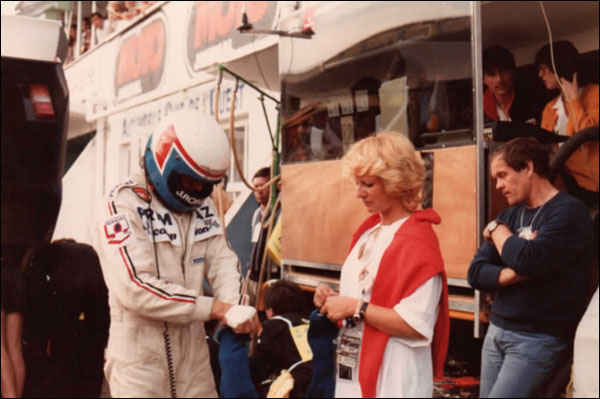 Despite very limited means, he was able to claim a third consecutive win in the GTP class and finished in 9th position overall. Brosse recalls: “Jean and the team could do a lot with limited financial means. It was our strength. We worked day and night. Furthermore, Jean had a strong personality and had genuinely convinced all of us that we could win Le Mans one day.” 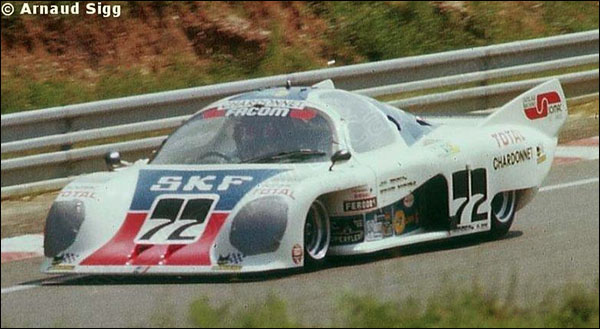 The 1979 season saw Rondeau drawing nearer to the frontrunners with the new M379 driven by rallymen Ragnotti/Darniche finishing 5th overall and 1st in the Group 6 category. The team now focused on improving the overall reliability of the package in order to make it a winning car of the 24 Hours of Le Mans. “A highway was being built between Paris and Le Mans at the time,” recalls Brosse. “We were testing the car on this unopened and unfinished piece of road, sorting out problems relentlessly. But after several sessions, we knew we finally had a car to win in 1980. Our car (the M379 B), was good, probably as good as the Porsche 936. The one thing we kept a worrying eye on was Jackie (Ickx)… He was such a talented driver.”

Ickx/Joest in their Porsche 936 led the 1980 edition of the 24 Hours of Le Mans during a total of ten hours, but it was Rondeau/Jaussaud who took the lead under the pouring rain, five hours before the chequered flag. “Jean had been in the gravel trap once in the morning already, and his lap times were continually getting slower and slower,” recalls Jaussaud. “Ickx was getting closer (sometimes regaining one minute per lap), so we had to bring Jean in the pit. I took over. I discovered after the race that Jean was totally exhausted and dehydrated. He was going through dialysis while I was finishing the race. Weather conditions were really unpredictable that year. Towards the end of the race, I ended up spinning out at Arnage without touching the barriers. Luck was with us that day and we finally won.” 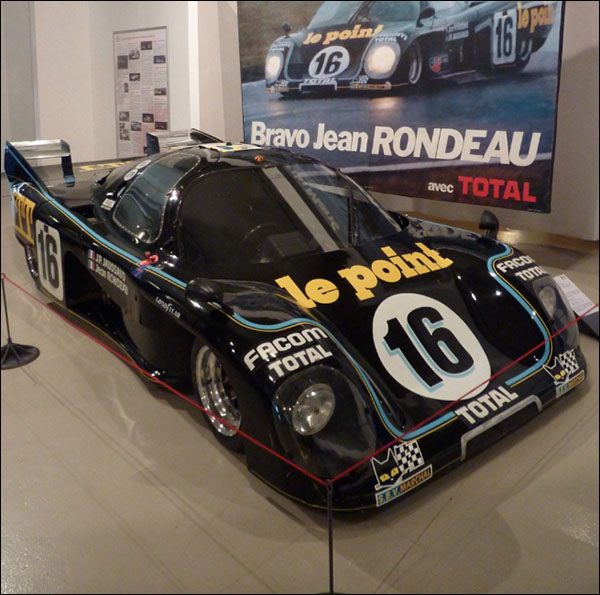 Porsche would have its revenge in 1981, with Ickx/Bell winning while Haran/Streiff/Scheisser and Migault/Spice finished 2nd and 3rd on a new version of the 1980 winning Rondeau car (below). Rondeau would remember that year as being full of sadness and sorrow, as one of his drivers, Jean-Louis Lafosse, lost control of his car in the Hunaudières and died. 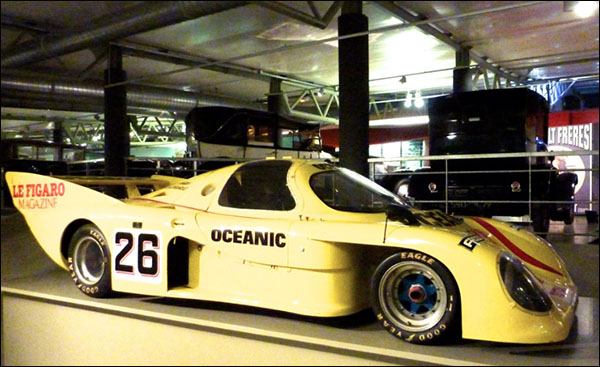 In 1982, Rondeau aimed to win not only the 24 Hours of Le Mans, but also the World Sportscar Championship. In order to meet that objective, he decided to invest in a brand new car, the Rondeau M482, with official backing from Ford. Soon after its shakedown, the team understood that the car was uncompetitive and needed to be further developed. To play it safe, the Frenchman reverted to a known entity: the Rondeau M382, an updated version of the M379. Porsche ultimately won the championship with its newly built 956, but only thanks to the opportunistic interpretation of unclear Group C regulations. “It was totally unfair to us. We deserved that championship,” recalls Brosse. There was little competition in Le Mans that year, with the three works Porsches swapping the podium. The first Rondeau was 10th, fifty-three laps behind Ickx and Bell’s winning car. This was a clear sign that the competition was making progress while Rondeau was stagnating. 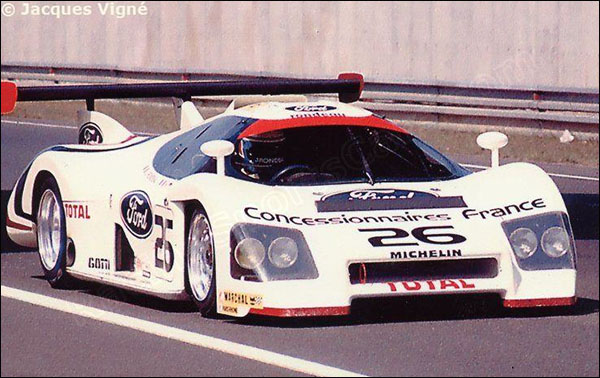 The development of the ill-conceived M482 continued in 1983 (above), but the car never managed to be faster than the mighty M382 at Le Mans and its reliability remained poor. The three works Rondeau cars retired following an anonymous race.

After two consecutive years without tangible results at Le Mans, Rondeau began to lack cash. His situation never really improved, and his company was in financial agony for nearly two years. “Automobiles Rondeau” was finally liquidated in May 1985. Rondeau nonetheless continued to race in Le Mans: finishing 2nd with John Paul Jr on a Porsche 956 in 1984 and finishing 17th on a WM Peugeot in 1985.

As for his career as a constructor, it was by no means over. He was involved in at least three significant projects. He tested a brand new French GT car to which he and his former team had made significant contributions: the Venturi (which fans would see racing in Le Mans in the mid-1990s). He also worked on supporting Lancia prototypes for the 1986 sportscar season. Finally, he was considering manufacturing cars in the UK. “Jean was fascinated by these very young and fast British drivers,” recalls Brosse. “He wanted to help them progress towards F1. To that end, he was definitely thinking of producing Formula Fords in the UK some day.” But this project never reached fruition. Sadly, Rondeau died at the age 39 behind the wheel of his Porsche 944, which was hit by a train.