After a 1-2 in FP1 to kick off the 2016 WEC season, Porsche was once again fastest, and held station at the top in FP2. A lap by Brendon Hartley in the #1 919 four minutes into the session of 1:39.655 would remain at the top of the screens until the end. Incredibly, the New Zealander’s lap was a tenth quicker than last year’s pole time.

Also mirroring FP1, the #2 Porsche was second fastest, but 1.6 seconds off the sister car. It wasn’t plain sailing for the #2 however, as a full-course yellow period had to be called after the car stopped at Turn 7. It managed to get going again though and return to the pits with no visible damage.

Rounding out the top three this time round though was Audi rather than Toyota, with the #8 R18 of Lucas Di Grassi just over a tenth off the slower of the two Porsches. The Brazilian’s best, a 1:41.414.

The fastest Toyota, the #6 of Stéphane Sarrazin, Mike Conway and Samui Kobayashi, ended up fourth, after a 1:41.523.

After ByKolles led the way in LMP1 L during the first practice session, Rebellion Racing managed to finish up with both its R-Ones ahead of the CLM this time round. The #13 led the #12, the best lap from the pair a 1:46.428.

In LMP2, Strakka Racing managed to sit atop the standings after the 90-minute session came to a close. The all-British team’s 1:49.632 was set by Jonny Kane in the closing minutes, after the #36 Signatech Alpine was quickest for much of the running with Gustavo Menezes set a good flyer early. 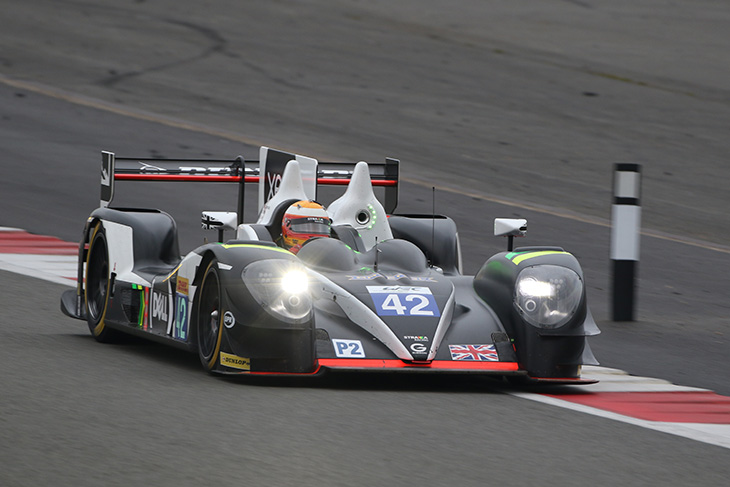 The Alpine didn’t end the day second however, as it was then pushed to third after James Jakes set a 1:49.696 in the #44 Manor Oreca.

AF Corse was once again the fastest of the GTE field, with the #51 leading the #71 once again in what was a very promising first day of running for the new Ferrari 488. The fastest tour in the session was a 2:00.107. The Dempsey Porsche finished the day third, but over a second off the pair of Ferraris. 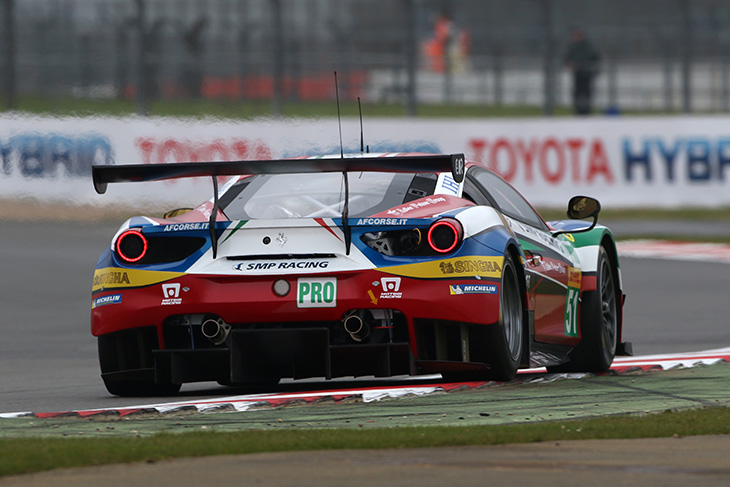 In Am, Gulf Racing’s Adam Caroll topped the times. The Irishman managed a 2:02.081, which was quicker than the rest of the slower Pro class runners behind the top three. The #98 Aston Martin Racing Vantage ended up second, with the Larbre Corvette third. 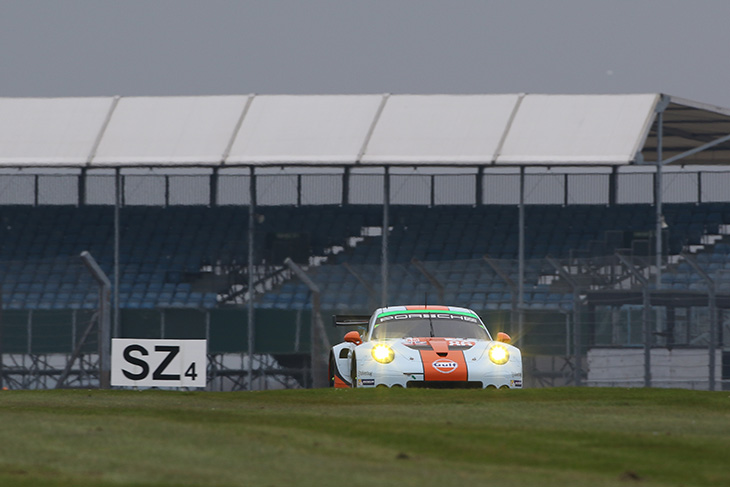 The track was dry for the majority of the session, before rain made another appearance and prevented any late improvements before the chequered flag fell.