The #2 Porsche 919 of Neel Jani, Romain Dumas and Marc Lieb leads at the Nürburgring as the race passed the halfway mark. The car, which didn’t really feature in the opening few hours up front, took the lead just before the end of the third hour, after pitting just as a full-course yellow came out for a Toyota dive-plain was left stranded on the race track.

With the #1 Porsche which led most of the third hour second, it became a Porsche 1-2 for the first time, with Timo Bernhard just nine seconds behind and ahead of the two Audis; the #8 led the #7.

For the two Audis, it was an up and down run to the half, with the #8 leading for a long stretch after Oliver Jarvis blasted past the #2 Porsche of Brendon Hartley which was suffering from a loose rear under braking. But the second pit cycle, which was interrupted by a spinning Francois Perrodo in the #83 AF Corse Am Ferrari , played to the advantage of the #2 919, which took the lead once again while Mark Webber was aboard. 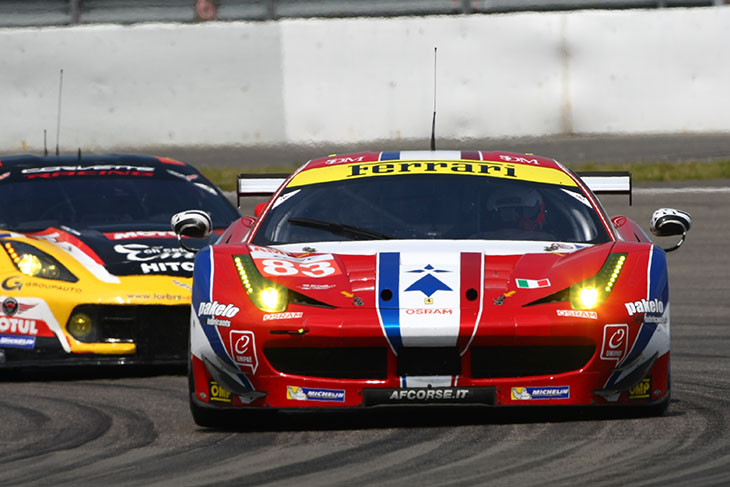 The two Toyotas sit fifth and sixth, a lap down, ahead of the P1 privateer runners. The #13 Rebellion R-One leading the #12, with the ByKolles CLM third after leading a good portion of the race thus far.

In LMP2 G-Drive Racing’s Oreca held a strong lead, but fell by the wayside after a gearbox issue left the car out of the running while the mechanics repair the car. That left the #36 Signatech Alpine leading the class during a pit cycle at the halfway mark.

Initially the Strakka Racing Gibson held the lead after the G-Drive car came in but pitted for tyres and slipped to fourth. Lewis Williamson impressed on his race debut before handing over to Nick Leventis in the fourth round of stops. 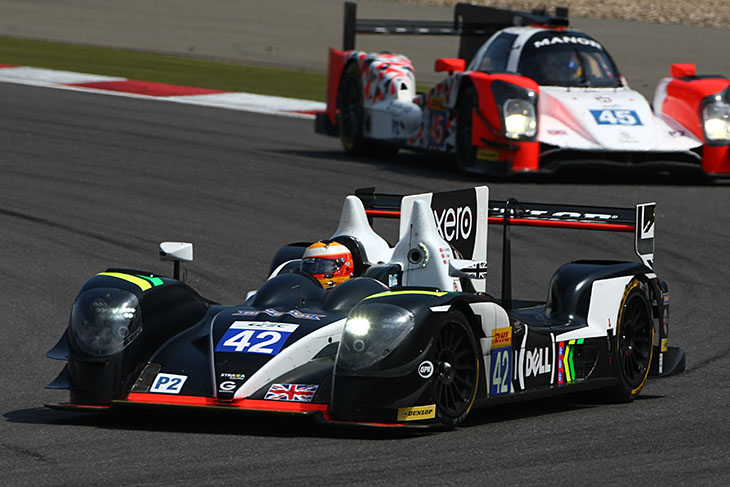 Second as it stands is the #45 Manor Oreca, with the #43 RGR by Morand Ligier third.

Aston Martin continues to lead in GTE Pro, but without a two-car attack. The #95 of of Marco Sorensen and Nicki Thiim kept ahead of the #51 AF Corse 488 by a narrow margin, and the #71 488. The #97 meanwhile, fell back after it had to change a door due to a lost wing mirror, leaving it sixth.

Last in the class is the #67 Ford GT after two lengthy trips to the garage following a fire caused by fuel hitting the exhaust at the start of the second hour. Very disappointing after a solid first stint from Harry Tincknell in the first hour. 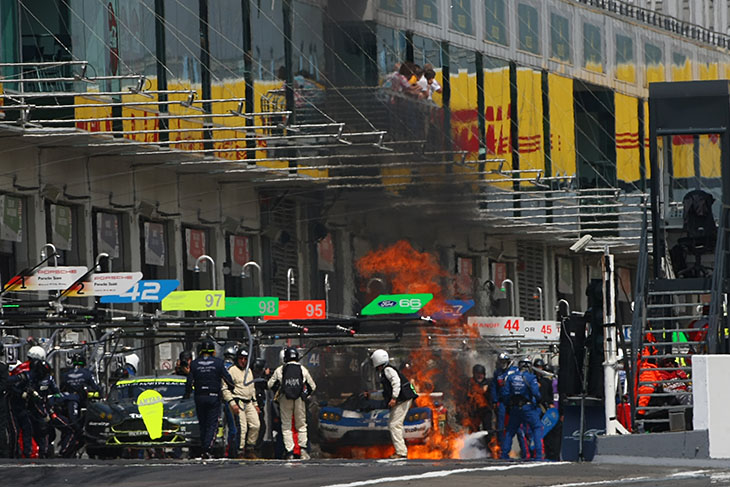 Aston Martin leads Am as well, after Mathias Lauda charged to the lead in the third hour, with a three-way battle for the lead breaking out between the KCMG Porsche, Larbre Competition Corvette and the Aston. Christian Ried in the Porsche took the lead off the Corvette of Yutaka Yamagishi before Lauda got by both.

The #88 Abu Dhabi Porsche sits fourth after a having an issue getting the car started in its first stop and then a pit fire, which has prevented it from challenging for the lead after the first hour.

Down in fifth is the #83 Ferrari after Perrodo’s costly spin while battling Joel Camathias in the KCMG Porsche in the second hour. 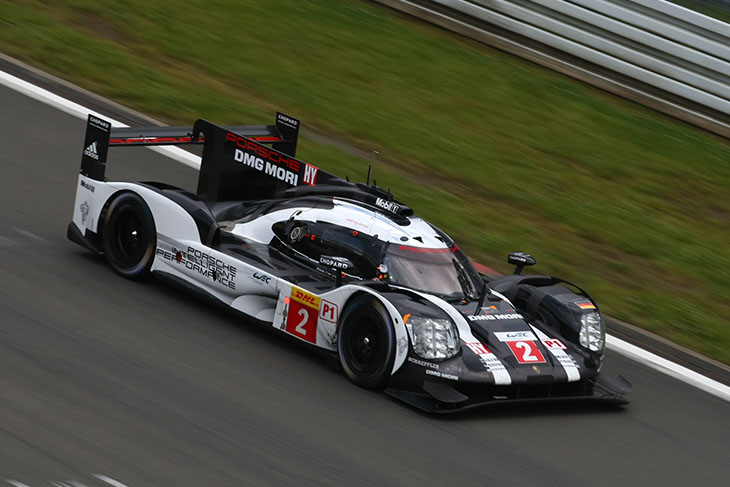 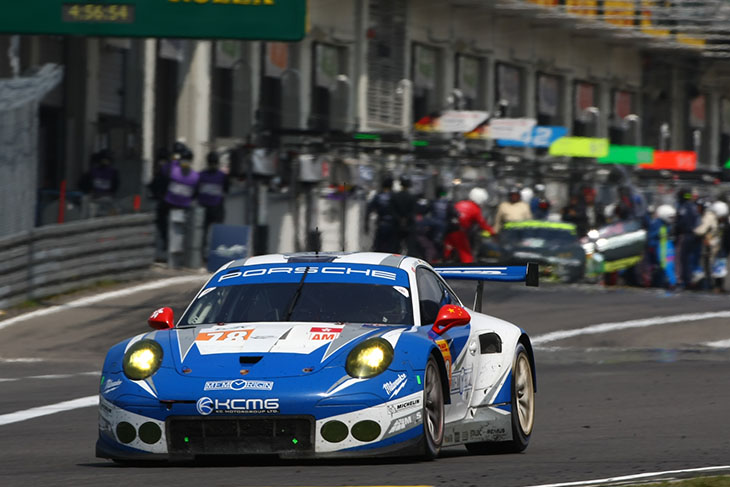