Philippe Haezebrouck is a well known gentleman driver who has five editions of the 24 Hours of Le Mans (2001, 2005, 2011 to 2013) on his racing cv. He’s at Estoril to take part in the final race weekend for the Renault Sport Trophy with the Renault RS/01s

The Frenchman also has also an extensive career history in the VdeV championship. “After 30 years of racing”, says Haezebrouck, “I decided to do something I would have never thought I would do. I am going to develop my own team, Brooks Racing. We have bought two Norma M30s which we will enter in the VdeV championship, the Creventic Prototype Series and, if funding allows, the ELMS”.

Haezebrouck has already partnered with Norma for several years. “I have strong ties with Norbet Santos and his team,” says Haezebrouck. “There are already 50 Ligiers (CN class cars) out there… it made a lot of sense to me to take that decision. I would love to have that car early enough to have at least one or two practise sessions before the season 2017 kick-off.” 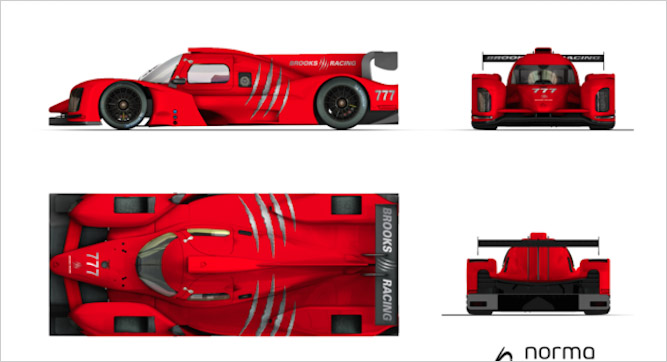 Brooks Racing will recruit gentlemen drivers only. “I want my drivers to experience the pleasure that I felt throughout my career. Our team has a motto and it is ‘Race for pleasure’ says the Frenchman. “I am not going for the easy route, I know but at least if things don’t turn out well, it will be entirely my fault”.