For Danny Watts, the 2016 WEC season was a short one, coming to an end right after the 24 Hours of Le Mans. It also turned out to be the Brit’s last race in competition. Watts spoke with DSC’s Mat Fernandez about his last season and also about a new phase of his life involving coming out publicly about his homosexuality.

Danny, can you tell us about your last season with Strakka? 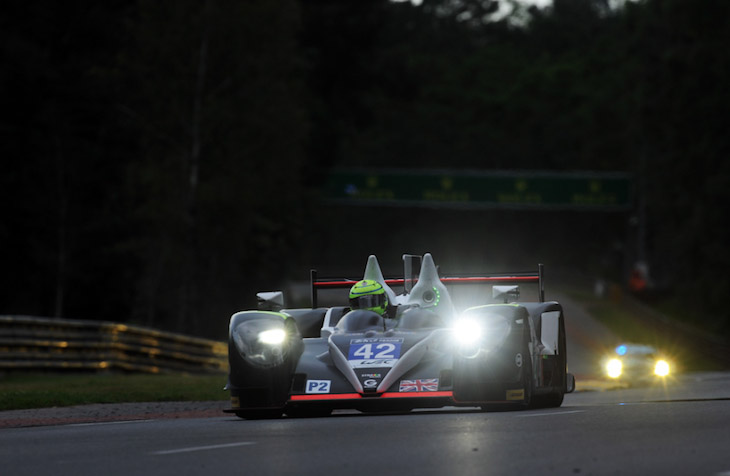 2016 was curtailed a bit short really. We finished fourth at Le Mans out of a grid of 23 LMP2 cars, and I was really pleased with that considering we didn’t quite have the pace but the Gibson ran faultlessly throughout the entire event with no major dramas or hiccups. A week after Le Mans I received a call from the team saying they were putting Lewis Williamson in the car for the following race at Nurburgring, and that was my season done and dusted! Bit of a shame having spent seven and a half years there, but, as they say, all things must come to an end!

You then decided to retire. What triggered that decision?

Since I began racing at the age of 12, I’ve only ever done it as a hobby and as a laugh with my dad, godfather and sometimes a few mates. I was lucky enough to win a few races along the way, in various categories, and got paid to do the sport I thoroughly loved. I’ve always said to myself that I’m doing this for fun and if that ever leaves me then I’ll stop doing it. I’m not in it for the money; I’ve been raised with nothing and I’ll leave with nothing. It’s the thrill and enjoyment that I do it for. During Le Mans weekend, I have to admit to putting in a below par performance, I was pretty rubbish. I can’t put my finger on why. I tried my best but my good buddy and long time teammate Jonny Kane was quicker and did a better job, [to be] brutally honest. I drove home from Le Mans [and then] got the news from Strakka that I wouldn’t be driving with them anymore, so I had a good long, hard think about things and decided that the fun was going out of it for a few different reasons and that I’d just hang up the lid and focus on other things like coaching/teaching drivers, as I find that highly rewarding and enjoy seeing the progress on the stopwatch or on the track. It also gives me more time to spend with my 8-year-old son Joshua.

You also kicked off a new phase of your life by going public about your homosexuality. What led you to take that decision?

Now I’ve finished driving it has made it a lot easier to come out of the closet. It’s been hard living two separate lives, as motor racing is very macho. It wasn’t the right time when I was competing, as there was always the worry of sponsors and the team not being LGBT friendly. Aside from that, having hid it for ages, which has been depressing, lonely and tiresome, something inside said, “Right, if you’re going to be happy, then you need to get this massive weight off your shoulders. So do the right thing, and be brave, so you can live life in a happier and stress-free way.” Thinking of the best way of coming out was a difficult decision. I could have kept it quiet, not said anything and carried as normal, or just put [my] cards on the table so everyone knows and get ready for the reactions… but at least it kind of won’t be an ongoing saga of explaining to every Tom, Dick and Harry. So the latter is what I decided was best.

I told the people closest to me first, obviously, and as I expected they were shocked but supportive of my decision.

Looking back, do you think you could have gone public while you were still racing?

I think the biggest reason why I didn’t do it sooner is the fact that you don’t know if the sponsors are going to be accepting of it and that could affect getting drives as well as affecting spirit within a team environment and whether relationships would be made awkward to the detriment of the squad. I have to say, it’s been terrifying getting to this stage and not the best feeling in the world. I’ve struggled to sleep with sheer worry about people’s thoughts and how they will now see me. But longer term, once the initial horror has passed, I hope people will be accepting and cool with it, and I can carry on doing what I really enjoy doing the most, which is coaching drivers and trying to maximise their potential. I’m aware and understand that some people are going to take it in a less positive way, so I guess that’s fair enough and I’ll see who my mates and friends really are. 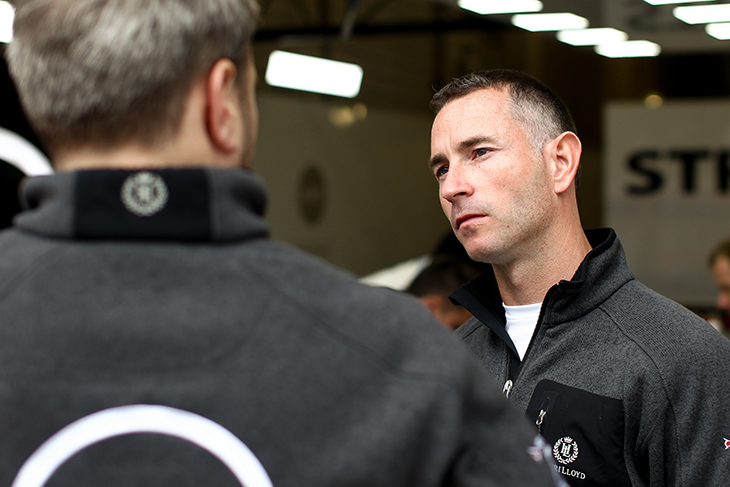 Do you think your coming out can help others be more in tune with their inner selves?

Clearly it’s a big thing, as from what I can see there haven’t been any other drivers racing in the UK or Europe who have done this, and I don’t expect a domino effect at all. But I’m happy to talk with others who are maybe in a similar predicament as me and feel they need a chat, as it’s a pretty lonely place, to be quite honest.

Ultimately, I’m still the same person. I’m looking forward to the season ahead now with Hitech in F3 Euroseries and having a good crack at the Championship… !