Ginetta fielded a convincing panel of technical partners at the Silverstone launch of their 2018 LMP1 programme with a presentation of progress thus far on a car that is set to test for the first time this summer.

With several new and test components and systems on display, and with the fist public view of the current evolution of 3D printed model of the car, Ginetta were taking the opportunity to reach out to the FIA WEC and ELMS paddocks, and to the assembled media, with a message that if this programme had not thus far been taken seriously it would be wise to now do so. 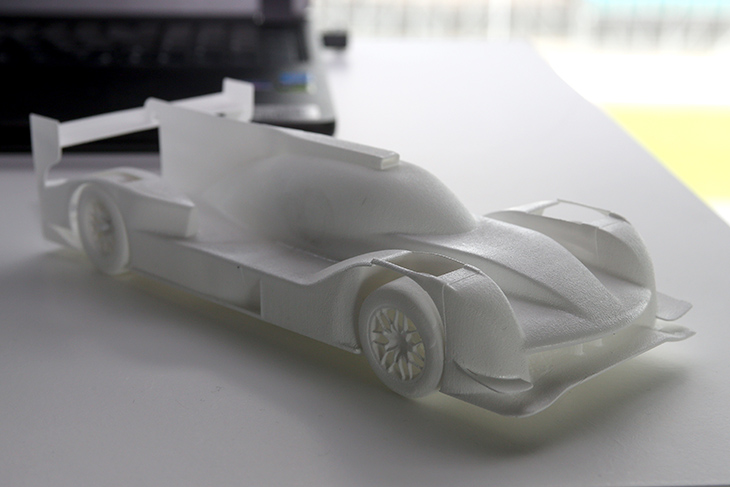 Key to the presentation was the first public airing of the financial package for the new car, the rolling chassis (including electronics) is £1,340,000 GBP with a but Ginetta and their partners have put together a full technical support package for the car, including the lease of the Mechachrome turbo V6, for £594,000 GBP per season, which includes technical support from both Mecachrome and Ginetta and a containerised spares and support system that would travel with Ginetta to all WEC races “removing the onus on teams to carry the majority of critical parts.”

Parts prices meanwhile are expected to be within a range of no more than 30% above the equivalent LMP2 parts.

Ginetta say that the business model for the car is supported by stability of the ruleset with assurances given that the 2018 rules will be fixed until the end of the 2022 season. Predicted performance levels for the LMP1-NH (non hybrid) cars are c.2 seconds per lap over a typical circuit, 3-4 seconds per lap at Le Mans, close enough to keep the hybrids honest if the factory teams have less than a perfect run.

When asked by DSC what level of sales would be required to justify the development and production costs of the new car Lawrence Tomlinson was clear: “You’d have to look over the life of the programme and take into account a range of things. Realistically though six cars would see us looking pretty happy with the numbers.”

Ginetta are known to be targeting potential two-car teams as a first preference, with Manor already having declared themselves interested, and others known to have had conversations of substance with the Yorkshire, UK based concern.