There are plenty of questions still to be answered about the future course for LMP1 Hybrid in the wake of the announcement of Porsche’s withdrawal after the 2017 season.

Amongst those are the future of the 2020 regulations, confirmed at Le Mans just weeks ago, and believed to be the carrot on what has proved to be a long stick for a return from Peugeot Sport. 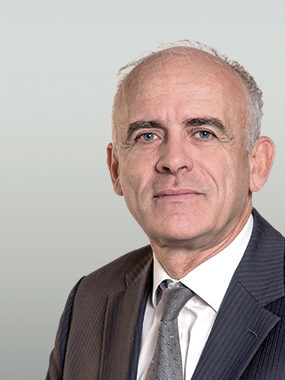 It may have gone quiet there for the moment but Matt Fernandez has sniffed out a recent newspaper interview (in Dauphiné Libéré) with the Motorsport Director for Peugeot Sport Jean-Marc Finot.

It’s an interesting trot through the current state of play with the possible future programme, and it reveals another aspect of the cost-cutting picture that this writer at least was not previously aware of:

“Regulations keep on evolving and are headed in the right direction. There are some very interesting technical aspects in it such as the hybrid plug-in concept [or plug-in hybrid]. We will be able to load the car [electrically] while it pits and then have it leave the pits on zero emissions […].

“This evolution is totally aligned with PSA’s technical strategy as 80% of our cars should offer alternative traction options (electrical or plug-in) from 2023 onwards. There are also some very interesting aspects in the regulations that aim towards lower costs. For instance, there is the reduction in the number of test days. We also like the idea of achieving substantial cost reductions by having one aero kit in the season instead of two and the idea of using a standard underbody/substructure [the first time this writer has heard of this point, it is clarified below]

“It is all headed in the right direction. Yet, we need to look into the details of the rule book and use any other opportunities to further lower costs”

“Our return [in Endurance Racing] has not been endorsed yet by the executive board of Peugeot. With this being said, everyone in Peugeot wants this return… we are all passionate people in this company

“We would need two big years [between the moment when the decision is taken and the moment when the car is ready to compete] including 6 months to define the architecture of the car and choose our concepts, one small year to produce the spare parts and to assemble a car and then 6 months to run the car through several tests (on track, in the wind tunnel, etc)”

DSC has dug a little into the proposals for 2020 for the underbody and has established that this is not a pure, spec item that is being proposed. The discussions have thus far centred around severely reducing the opportunities for development of underbody aero, an area where some friction was in the air at the start of the 2017 season between Porsche and Toyota.

The current proposals are to define perimeters around the underbody section, restricting development in the areas where performance gains are most likely and therefore major cost is most likely to be incurred.

There will be so-called ‘free zones’ in the underbody to enable innovation but with strict cost controls.

Whether the withdrawal of Porsche makes a return from Peugeot less, or potentially more, likely is yet to be determined, and either way the interview above makes it very clear indeed that anything like a competitive return is unlikely before 2020.

In the short-term the WEC must look elsewhere.