It was all about Porsche at the head of the field in the fight for Pole Position ahead of the 6 hours of Circuit of The Americas, Nick Tandy steering the No. 1 Porsche 919 Hybrid to the top spot at the end of the session with a late flyer.

Tandy clocked in a 1:44.827 was good enough to put the #1 Porsche 919 Hybrid on Pole. It looked worrying though for the #1 after Tandy’s earlier fast lap got deleted due to the Britain exceeding track limits at the final corner of the track, dropping the car to fourth after Neel Jani’s lap at the start of the session which put the team on provisional Pole. It meant Tandy had to go back out on the same, used set of tyres, but he was still able to set a lap quick enough to gain the top spot back.

Closely behind the #1 was the sister car, the #2, which held provisional pole after Tandy’s deleted lap, but ended up taking second place with an average time of 1:44.994 by Timo Bernhard and Earl Bamber.

“It looks like we have a little advantage over Toyota, hot weather is good for us, so lets hope it stays hot,” said Jani.

In LMP2 meanwhile, the #36 Sigantech Apline ORECA snagged the top spot in class. An average time of 1:54.024 from Nicolas Lapierre and Andre Negrao put the car on Pole, its second of the season after scoring their first as a trio last time out in Mexico. 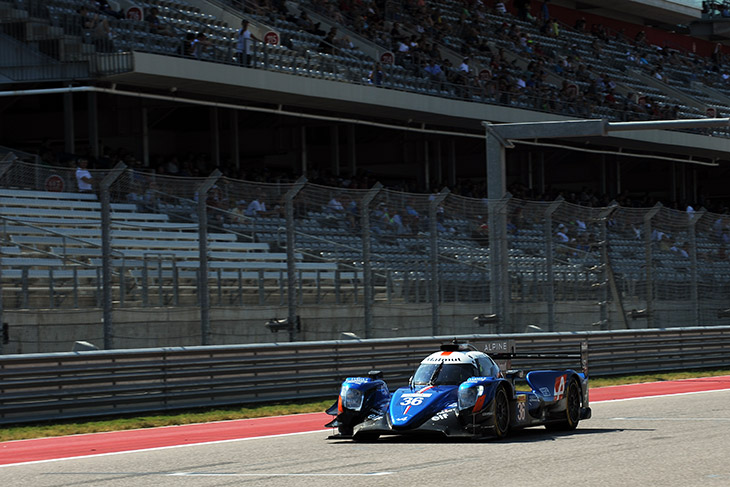 “Today Nicolas did a good job for the team, my lap was not perfect, I made a little mistake, so thanks to Nicolas for doing a great lap,” said Negrao after qualifying.

In GTE Pro three different manufactures took the top three spots on the timing sheets with Sam Bird, and Davide Rigon in the #71 AF Corse Ferrari getting the best of Harry Ticknell and Andy Priaulx in the #67 Chip Gannasi Racing Ford GT to take Pole. 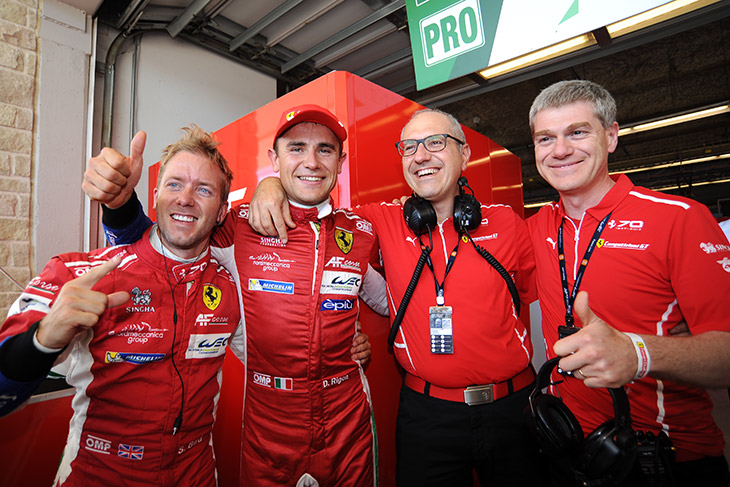 “I pulled off the best lap of the year.” Said Bird, who thinks this lap felt even better than his record-setting lap in Mexico City. Perhaps the most impressive part of the qualifying run from the #71 was the fact that both Rigon and Bird used the same set of tyres, a impressive feat from the AF Corse pair, especially with the extremely high tyre degradation this weekend.

Rigon and Bird were able to reel off a 2:02.993, and a 2:03.122 respectively, good enough for an average time of 2:03.057. The one extra point for pole position could be crucial as the #71 are working to chip away at the gap between them in third place in the standings, and the #91 Porsche in second. This was the third Pole Position of the year for Rigon and Bird after taking Pole in Spa-Francorchamps, and Mexico City

The #67 Ford put it an average time of 2:03.256, good enough for second from the two Brits who currently lead the championship fight. Ticknell and Priaulx still have only one Pole to their names this year, which came in the first race of the season, narrowly missing out once again here.

The ‘Dane Train’ #95 Aston Martin Vantage V8 with Marco Sorensen and Nicki Thiim clocked in a 2:03.308 that put them in third.

The rest of the grid goes back and forth between the manufactures with the #51 leading the #66, who then leads the #97. The two sister Porsches wrapped up the session at the bottom of the GTE Pro field after a tough qualifying for the German team.

The FIA WEC Six Hours of Circuit of The Americas starts at 12:00 local time tomorrow.