Vice President of Aston Martin Lagonda David King told select media last weekend at Silverstone that Aston Martin is likely to run the 2019 Vantage GT3 as a factory effort next season, in both the VLN championship and at the Nürburgring 24 Hours as part of its drive to win the German endurance classic.

The new Vantage is still in its development stages and was trialled just last week by select customers at Donington Park with a number already understood to have committed to orders. King said to DSC that competing as a factory with the new car is still important for the brand, with the chance to win big races, and attract customers at the same time.

Aston Martin has a history of trying to win the Nurburgring 24 Hours as a factory, with the outgoing Vantage, coming close on multiple occasions, and this new car re-ignites the brand’s chances of winning the race in the coming years.

“I expect to see us running the car in the Nurburgring 24 Hours and VLN, at least for the first year or two. And I’d love to get good customer teams there as well,” he explained.

“We’re determined to win the Nurburgring 24. Looking back there are no non-German brands that have won it since the Viper won it in the early 2000s. We need a full VLN programme, with a multi-car entry. It’s not confirmed yet, but that’s my desire.” 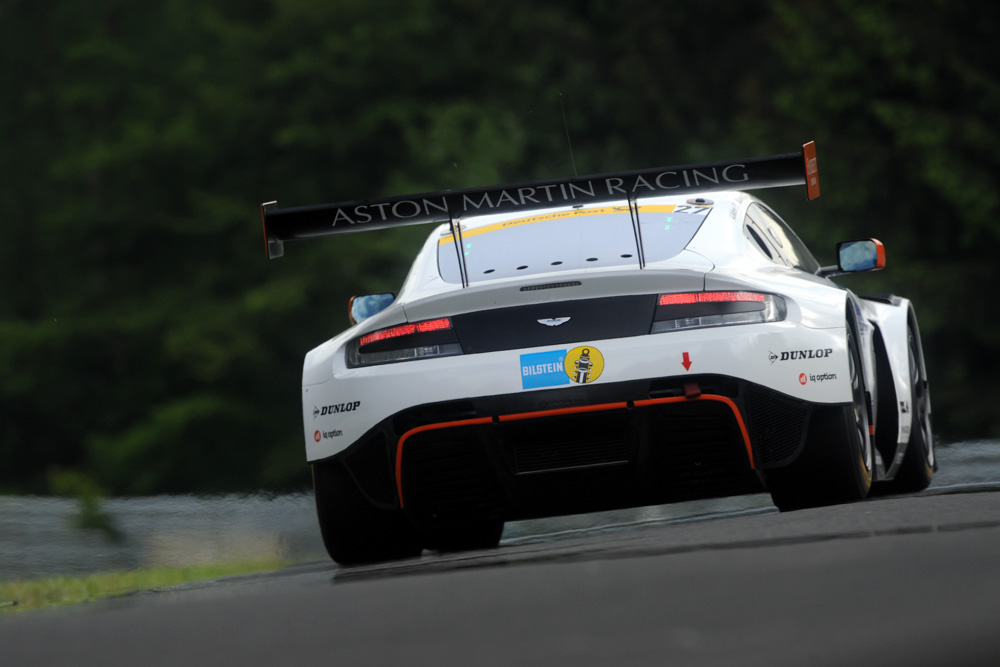 The development of the car, King says is going well, and has given the brand confidence that it will be a hit for customers and in particular Am drivers. A big focus of the new car has been to make it Am friendly, and that’s shown in the feedback that potential customers have given in early testing.

“We’re very pleased with the new car, we’re into customer testing now and we’ve got lots of orders,” he said. “GT3 is really competitive, there’s lots of good cars from the other manufacturers. But there’s something special about racing an Aston, especially if it’s competitive and good value for money. The outgoing car, the V12 is a fan favourite, we’re moving on from that but the new car is going to be very exciting.

“We have internal targets for sales, I won’t discuss them, but we’re confident at the moment. We don’t rush, we don’t flood the market. We want to place the car with a few key customer teams so they can show what it can do. We expect to sell more in the second and third year, it’s quality more than quality in the first year.

“We want to see strong teams running in Blancpain Endurance and British GT. ADAC GT Masters is also important, so we’d like to get a strong partner team in German, and of course North America.”

Outside of the GT3 programme, in customer racing terms Aston Martin is still developing the GT4 Vantage and evaluating the potential for SRO’s new GT2 platform.

While there’s no GT2 programme to confirm at this point, the new GT4 Vantage, which was seen in public for the first time at Le Mans, is not far away from being in customer’s hands. 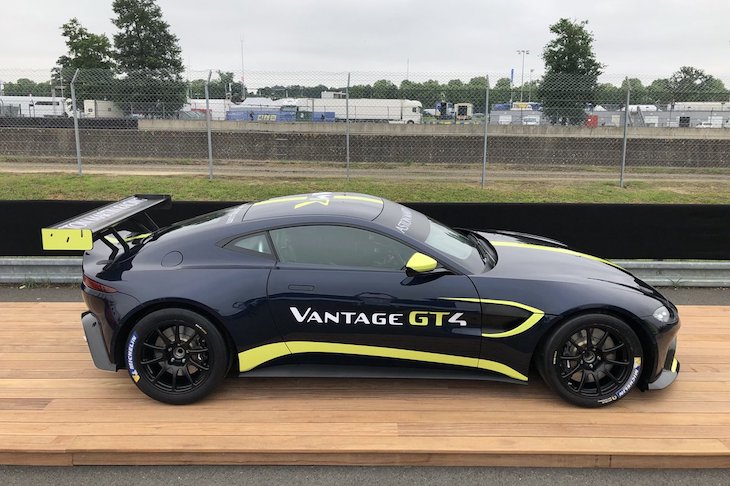 “The new GT4 is in development at the moment, we’re not quite doing customer drives yet, but we’re looking to do that very soon. We’re focused on GT3 at the moment.

“GT4 is a massive market, and it’s a very good way to link road car customers to racing and track days. We were first into GT4 in 2007, and we raced in the first ever race with the old V8 Vantage. We’ve seen it grow and flourish, and we’ll continue to be a big part of it.”

On the subject of GT2, King says that while Aston Martin hasn’t confirmed a new car for GT2, it is interested in the new formula, and feels that it does fill the gap between GT3 and GT4.

“The GT2 proposal is an interesting one. We wait to see where that goes. There’s a gulf between GT3 and GT4 at the moment, and it needs filling somehow. Stephane always gets it right in the end, he may take a few wrong turns, but he gets there.

“When we’re de-tuning sportscars so they can go racing, which is what happens in GT4 now, that seems a bit strange.”