Toyota continued its streak of front row lockouts in today’s FIA WEC Qualifying at Shanghai, which dates back to the Le Mans 24 Hours. The #7 TS050 HYBRID led the #8, Mike Conway and Kamui Kobayashi combining to set a pole-winning 1:42.931 average after Conway’s 1:42.708 and Kobayashi’s 1:43.155. 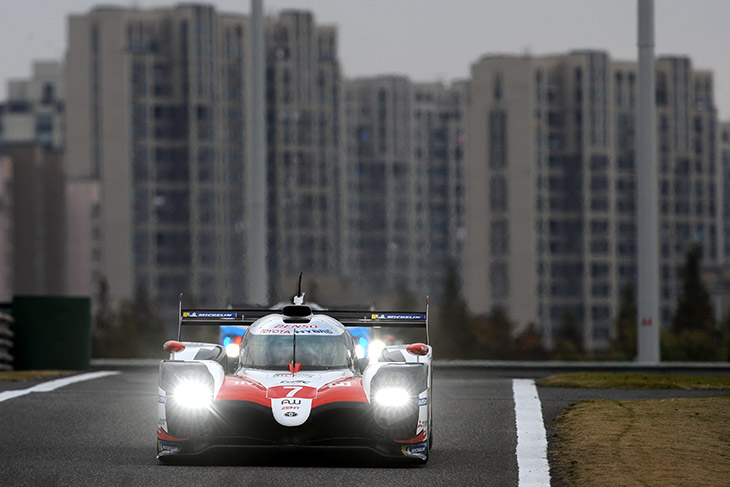 It was close though between the best of the Toyotas and the fastest privateer. The #1 Rebellion R-13 of Andre Lotterer and Bruno Senna took third with a 1:42.218, which put them just over two tenths off pole, and less than a tenth off the #8 which will line up second on the grid with a 1:43.159.

Lotterer’s last ditch attempt came very close, the German reeling off a 1:42.869, the second fastest time of the session.

“One point for our car which is good,” pole-sitter Conway said. “It’s close, Rebellion has been there all weekend in all conditions, which is good for the championship. We’ll have to work to keep them behind us tomorrow, as the in the rain they’ve been able to produce good laps.”

Behind the #17 SMP Racing BR1 will line-up fourth, completing the second row, ahead of the #3 Rebellion Racing R-13 which took fifth.

In LMP2, Jackie Chan DC Racing scored pole on home soil, with Ho Pin Tung and Gabriel Aubrey setting a 1:48.888 combined average. It was also a 1-2 for the team, which is hoping to make it three 1-2 finishes in a row tomorrow. The #37, which won last time out in Fuji, came within three tenths of pole with a 1:49.138. 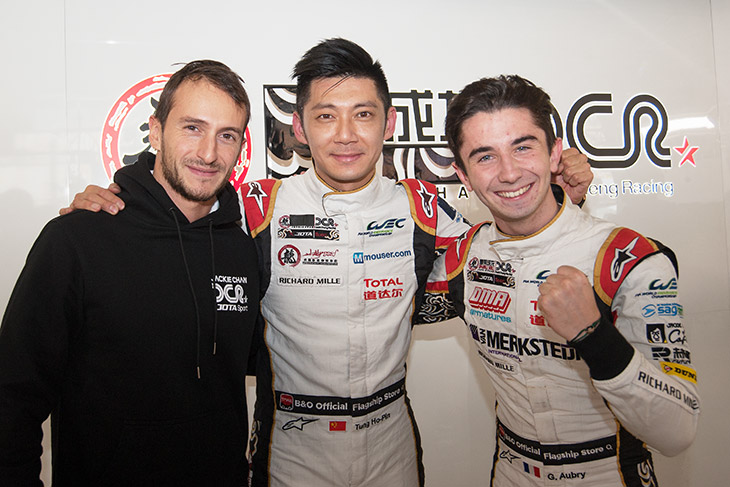 Crucially, with a point for pole, the #38 is now tied with the Signatech Alpine A470 for the lead of the LMP2 championship.

Best of the rest was DragonSpeed’s ORECA, which took third. The aforementioned championship-challenging Alpine will start fourth.

“Three poles in a row for the team, this time for the #38. It’s great to be on pole for our own race. The last two races in the WEC went well for us, the weather tomorrow looks different today but we’re confident.”

Ford took pole in GTE Pro, Olivier Pla and Stefan Mucke snatching the top spot right at the death with a 1:58.627 average, after Mucke got in the car for a final push, setting a 1:58.464 on his final flying lap to vault the #66 to the top spot above the #81 BMW, denying the Bavarian brand its first WEC GTE Pro pole. 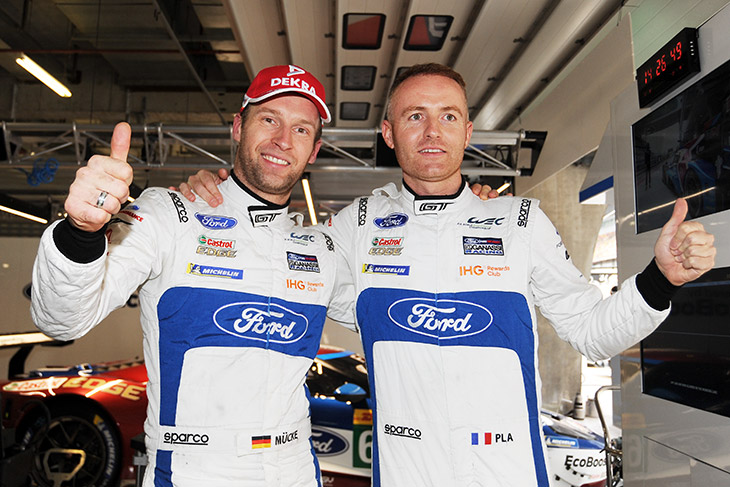 “Very good strategy from our team made the difference,” Mucke said. “We had three sets of tyres and the track was getting better all the time. The engineers did a great job putting the tyres on in the right window.”

Until the end, the #81 BMW looked set for the class pole after Martin Tomczyk and Nicky Catsburg’s best efforts, but the combined average of 1:58.441 wasn’t enough, despite Catsburg’s 1:58.441, the fastest GTE lap of the session.

Once again there was a real mix of marques at the top of Pro, the #97 Aston Martin taking third, and the #92 Porsche taking fourth, making it four factories in the top four.

It was a tough outing for AF Corse and Corvette Racing on the other hand. The two AF Ferrari 488 GTEs will start ninth and 10th, ahead of the Corvette Racing C7.R which will start last and was the only car in the class unable to break the 2:00 average barrier.

The order at the end of tomorrow’s race could look very different however, with the forecast still looking bleak.

In GTE Am, it came down to the final moments too, Aston Martin Racing’s #98 Vantage storming to pole after a final charge by Pedro Lamy improving the team’s time to a 2:01.884, catapulting it from sixth to first. It marks the #98 crew’s first pole of the season.

That lap pushed the #77 Dempsey Proton Porsche to second and the #54 Spirit of Race Ferrari to third.