With a background in Caterham racing and then the Michelin Le Mans Cup, including Road to Le Mans in 2017, Flick raced alongside Jonny Adam in British GT last year, making a dream start to the campaign with pole position and the victory at Oulton Park. With momentum on her side, she secured further podiums and wins on the way to claiming the title at the Donington finale.

Gamble is just 17 years of age with a background in karting, where he claimed two titles, he clinched the Ginetta Junior championship in 2017 off the back of an impressive eight race wins. 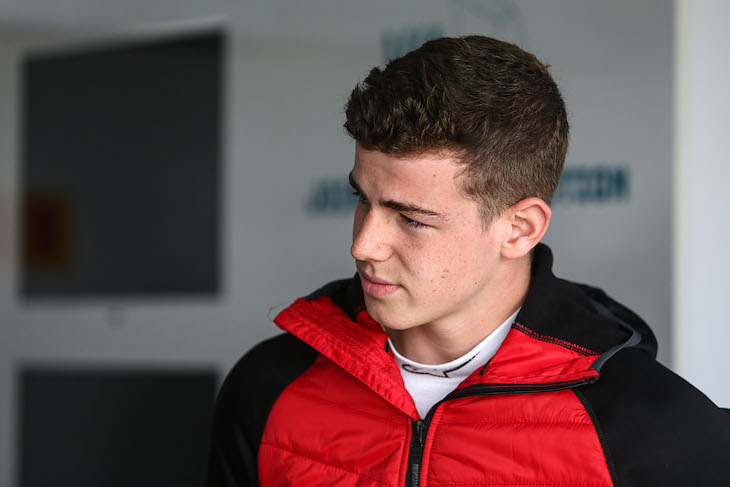 He moved on to British F3 last year, claiming two victories as well as the prestigious McLaren Autosport BRDC young driver of the year award. More recently he has competed in the Blancpain GT Series for Team WRT as well as an outing last weekend in the British GT Championship for Century Motorsport in a BMW M6 GT3 where he claimed a pole position on his debut.

TF Sport competed in the Road to Le Mans in 2017 with current Blancpain GT racer Ahmad Al Harthy and Tom Jackson with victory by 30-seconds in the first race, followed up by another win in the second.

Tom Ferrier, TF Sport Director: “We competed in this race two years ago with success, so we’re looking for more of the same this year. I’ve been working with Flick and Tom on this for some time, so we’re delighted that the plan came together for us to do Road to Le Mans again. Flick is a standout talent as her results suggest, so it’s great to be working with her. Tom is at the early stage of his career and he clearly has tremendous natural speed, so we head to Le Mans ideally looking for a repeat of the 2017 result!”

Flick Haigh: “I’m really looking forward to being back in the race car again and to do that at Le Mans is very special. It’s a really good opportunity to compete there with Tom and he has already impressed me by being right on the pace when we had a day of running at Anglesey. He’ll be quick, even if it is his first time at Le Mans. We have a strong chance of a very good result and that is what motivates me. I need to head into an event knowing that as a package, we should be competing at the front, so fingers crossed for a great event.”

Tom Gamble: “We drove the car for the first time at Anglesey and we have additional test days ahead of the race weekend at Le Mans. The test went well, we spent some time getting used to the new car that has a lot more aero compared to the car that Flick raced last year. We don’t know where the pecking order yet as we’ve not taken part in the other Michelin Le Mans Cup rounds, but we’re very much going there with the expectations of a strong result. We have a great line-up and TF Sport continue to demonstrate their winning pace, so with the right package around us we head there with confidence.”