It is RLR M Motorsport and Ligier’s first Michelin Le Mans Cup win this season. “That was a dream” said Kapadia. “I got a call from RLR only last week. We put on a good show despite some very competitive Normas. I really enjoyed it”

The big story here though was the dramatic end to the LMP3 title race.

The #25 Lanan Racing Norma M30 shared by Michael Benham and Duncan Tappy lost the title after colliding with the championship-winning car at both Turn 6 and Turn 9 in the closing stages of the race. Tappy was penalised heavily for the controversial clashes, handed a three-minute stop-go by the officials, but by then it was all but over anyway as the team had had to pit to replace the front end. DKR’s Norma also had to pit but the team was able to get the car going again quick enough that Laurents Hörr only dropped to third, where he would finish.

The #2 Nielsen Racing Norma meanwhile, driven by Colin Noble and Anthony Wells, took second position, some 18 seconds behind the #14. It was a strong finish to the season for the duo, following a sterling drive from Noble who had to made up lost time and places during his stint after the car wouldn’t start during the stop.

At the start of the race, the pole sitting car (the #3) kept the lead ahead of Rob Wheldon in the #14 RLR M Sport Ligier JSP3 and Michael Benham in the #25 Lanan Racing Norma M30. Further down in the ranks, three cars came together at Turn 6 including the #23 United Autosport Ligier JSP3 Nissan, the #4 Cool Racing Ligier JSP3 Nissan and the #71 Luzich Racing Ferrari 488 GT3. Kirmann, Wheldon and Benham meanwhile, pulled away from the rest of the LMP3 field.

30 minutes into the race, Benham span at Turn 6 while trying to catch Wheldon. Moments later, a race incident involving the #9 Graff Norma M30 (spin at T8) triggered a full course yellow. On restart, the #3 was caught behind GT3 traffic. This eased the return of the #14 on the #3 but the two cars eventually collided at Turn 14. The #3 dropped to third place while the #14 took the lead ahead of the #25.

After the compulsory pitstop, Alex Kapadia in the #24 kept a comfortable lead while drama hit the #25 and the #3. Both cars came together at Turn 6 and at Turn 9. 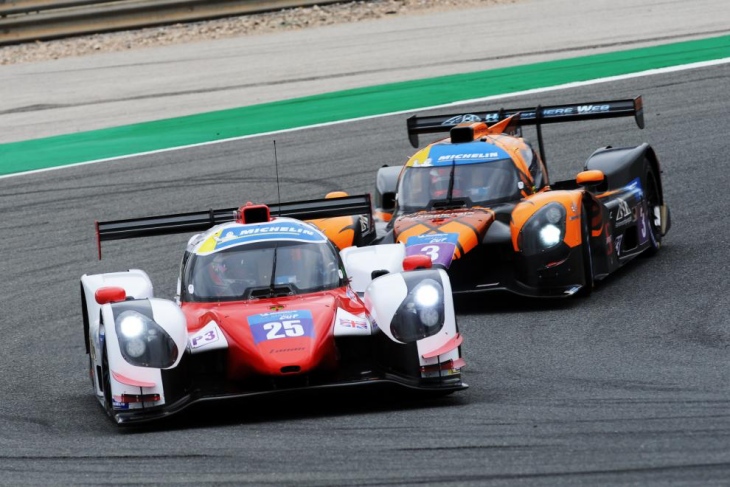 “I just went for the inside of Turn 6” said Horr. “There was a gap and I had more speed than the #25. He pulled me to the left of the track but I was able to keep the position. The next corner, I was defending the position. He just went into my back. There is nothing I could do about that. It was not my fault” he added.

Horr and Tappy pitted for repairs (nose change for the #24, right rear tyre change for the #3). The #25 dropped to 13th position while the #3 cruised to the checkered flag in third position, behind the #2 Nielsen Racing Norma M30. Later on, the #25 dropped even further as it was handed a three-minute stop-go penalty for causing the collision.

Meanwhile in GT3, the #8 Kessel Racing Ferrari 488 GT3 shared by Sergio Pienazzola and Giacomo Piccini won the race, their second consecutive GT3 title and of course, an entry to the Le Mans 24 Hours. The #99 Beechdean AMR Aston Martin Vantage GT3 finished in the slipstream of the #8 while the #54 SPS Automotive Performance Mercedes GT3 took the last position on the podium. 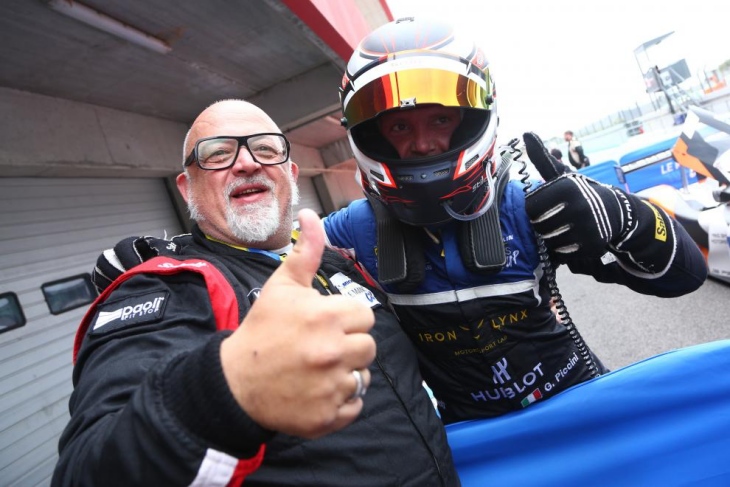 Before the green flag was waved, the #8 Kessel Racing Ferrari 488 GT3 was pushed to the back of the grid as the car failed qualifying the session technical inspections (contaminated fuels tank). The start of the race was chaotic as the #71 pole sitting car collided with the #4 Cool Racing Ligier JSP3 Nissan at Turn 6.

The #71 driven by Fabien Lavergne came in for repairs following a left-rear puncture and returned on track after having lost a full lap on the leading car. In the meantime, Sergio Pianezzola in the #8 came back to the front of the pack and took the lead of the race before the end of the first lap, ahead of Dexter Mulkler in the #54 SPS Mercedes AMG GT3 and Christoph Ulrich in the #51 Spirit Of Race Ferrari 488 GT3 .

38 minutes into the race, the #51 had a spin at the entrance of the start-finish line. The Spirit of Race Ferrari lost a lot of time at that moment and handed third position to the #99 Beechdean AMR Aston Martin Vantage GT3. After the compulsory pit stops, Piccini kept a short lead while Mettler in the #54 and Gunn in the #99 fought for second position.

Gunn eventually took second position with 27 minutes left into the race. He chased Piccini in the #8 but couldn’t find a way through.