The North Carolina-based team has competed in IMSA competition for 15 year, participating in both the IMSA WeatherTech SportsCar Championship and IMSA Continental Tire SportsCar Challenge with a variety of different manufacturer platforms.

Since debuting in the IMSA ranks in 2003, Stevenson Motorsports has made over 270 race starts with 25 pole positions, 33 victories, and 75 podium results. The squad claimed the North American Endurance Cup Championship title in 2013 and won the 2015 IMSA Continental Tire SportsCar Challenge championship. 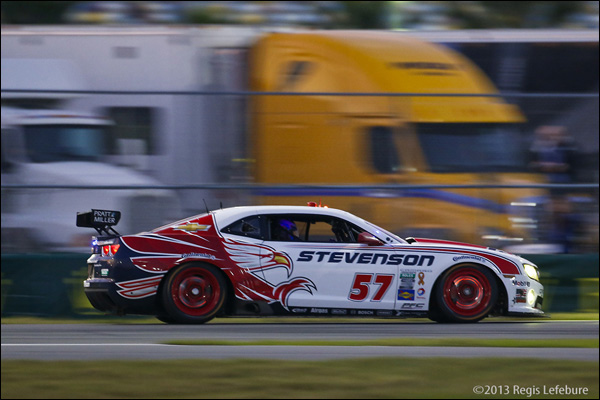 Currently fourth in the IMSA WeatherTech GTD Class standings,  Stevenson is set to contest the Continental Tire Showcase at Mazda Raceway Laguna Seca as the team looks to bring a strong close of the season for the team and its fans.

“After 15 years of racing professionally, the difficult decision to remove ourselves from motorsports competition is nothing less than heart-felt,” said Team Owner Johnny Stevenson.

“We regret to inform you all that we are ceasing racing operations following the close of the 2017 season in all classes and series. But, we find it is time to move on. We thank you for all your friendships, respect, help, and of course the successful competition you all have provided throughout those years. We will miss you all at the track. Hopefully we can finish on a real high note at Road Atlanta.”