Here’s what he found after a quick-fire post-event run around the VIP attendees.

“We can’t please everyone [with this change]” said Gerard Neveu. “Of course, some drivers are unhappy. Yet, it was difficult to have the 6 hours of Fuji with Toyota competing in Japan without Alonso. It’s such an exceptional opportunity to have him. It was our duty to take that decision and something important for our sport. I have no possibility to influence IMSA’s choice but I do hope that they will change the date of Petit Le Mans. They were able to do that in the past so I hope they will do it again in the future”

(DSC Ed adds – We are aware that the dates of the US Grand Prix at CoTA and Rennsport Reunion at Laguna Seca mean that IMSA are unable to move Petit Le Mans to an adjacent weekend.)

“The decision to have a third car at Le Mans was taken recently” said AF Corse’s director Amato Ferrari. “It was only a month ago when the factory asked us to support a third 488 GTE”, he added. “This third car will attend the Le Mans race only. It is a massive effort for our team. We have an awful lot of work ahead of us.” he added.

“I had several discussions with Jacques Nicolet. We both agreed we had to enter a Ligier in the WEC. On top of that, I wanted to do something special for the 25th attendance of Larbre Competition at the 24 Hours of Le Mans” said team principal Jacques Leconte. “We don’t feel much apprehension… we have managed LMP2 prototypes before. We just remain humble. We will get acquainted with the car at Le Mans in 2018 and aim at performing even better in 2019.” he added. “The story with Corvette is not over though. It was not possible to enter another C7R in the GTE Am category. This car is aging and we would not have been in a position to secure a good line-up at Le Mans in 2018. It was also too early to enter a C8 as this car is still in development. With that said, I am still working on a few other Corvette related projects which I will announce in due time”.

Oreca’s founder and director Hugues De Chaunac did not rule out the possibility of homologating several aero kits for the Oreca R13 this season. “Our first objective is to release our car the day before or the day of the WEC Prologue. Once this is done, it is indeed something we will consider” he added. 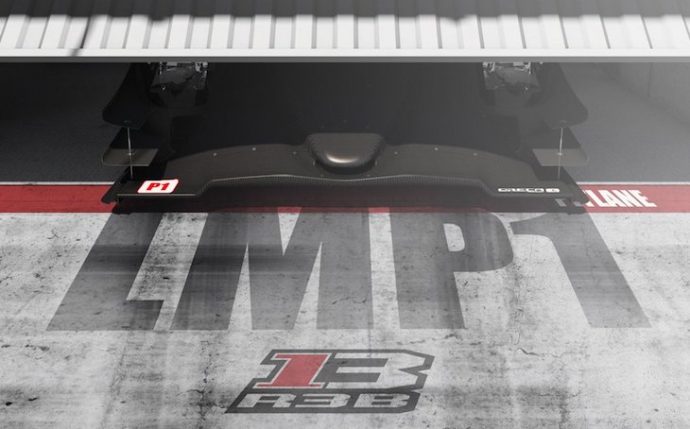 Vincent Beaumesnil also shared his thoughts on this differentiating point between LMP1 Hybrid and LMP1 Non-Hybrid prototype regulations. “We needed to do something when factory teams like Audi, Porsche or Toyota spent millions on developing several aero kits each season. The non-hybrid privateer teams are not in that league. What we wanted to do is to allow LMP1 privateer teams to amend the aero of their cars should they deem it necessary, especially if the car does not perform well initially. They need to be able to work on their car freely.”

“We got much more than 69 entry requests for the 24 Hours of Le Mans. It was very tough to get that selection done. The quality of the reserve cars is such that they all deserve to compete in La Sarthe” said Vincent Beaumesnil. “We did not announce any Garage 56 entry today but don’t rule out an announcement just yet. The ACO is working very hard at it. Look again at the WEC technical regulations… innovative cars are entitled to compete at any time during the season and not exclusively at the 24 Hours of Le Mans” he hinted.

Sam Hignett confirmed that the two Ligiers labelled as Jackie Chan entries for the 24 Hours of Le Mans had little to do with the Jota: “We are just allowing Oak Racing to use our two auto entries. My team will not support these two Ligiers. Jacques Nicolet will use one of these two cars for himself while the other one is led by David Cheng”. Hignett confirmed that he currently has no plans to swap his Oreca 07s with Ligier JSP217s. “We are fully focussed on our Orecas. The 07 remains by far the best chassis there is out there” he concluded.

“We undoubtedly have a lot of experience at Le Mans but for once, we know very little about our competition” said Pascal Vasselon. “We are getting ready for this unknown as best as we can. This new season is actually quite exciting. We have changed of approach to our preparation. Over the past years, we have shown we were fast and reasonably reliable yet we failed to take victory. So now, we are specifically getting trained to the unpredictable.”