Toyota Gazoo Racing finished up this morning’s session at the Le Mans Test Day with the fastest time, Fernando Alonso setting the fastest time of the session, a 3:21.468 with an hour and three quarters remaining. Notably, as part of his run, Alonso completed his mandatory 10 rookie laps.

Just outside the top three, was the second of the Rebellion R-13s, 2.1 seconds off the ultimate pace, but running quicker than the remaining LMP1 privateer cars in the field. The best of the SMP Racing BR1s ended up fifth in the running order, the #17 ending the morning with a 3:25.456 from Stephane Sarrazin.

The #11, with Jenson Button at the wheel, suffered early sensor issues and prevented the team from setting a flying lap until the second half of the four-hour session. Button did however, eventually managed to climb to sixth with a 3:26.565.

It was a tougher time for a few of the other LMP1 non-hybrids however. The #5 CEFC TRSM Ginetta G60-LT-P1 failed to set a competitive time, though the car, DSC understands, has no issues with it. The sister car meanwhile, enxed up 19th overall, and behind 11 of the LMP2s after a slow start to the day. The car’s best time was a 3:34.766, 13.298 off the Toyotas.

The #10 DragonSpeed BR1 also didn’t set a competitive time, though Ben Hanley managed to complete six installation laps during the running, before stopping at a Mulsanne chicane with mechanical issues.

Outside of LMP1, the biggest story of the morning came in the final hour of the session, when a big incident forced the organisers to call off the running 51 minutes early to repair the barriers.

DSC understands from SMP driver Harrison Newey that the accident occured on the run down to Indianapolis. Newey, in the #35 SMP Racing Dallara was passed by a Toyota on exit of Mulsanne. He followed it on run to Indy, where they came across three GT cars. The Toyota went through safely, but behind, Newey was involved in a collision with the #95 Aston Martin of Marco Sorensen, the two cars making contact at the kink, the Aston sent straight into the barriers at high speed.

Sorensen is ok, thankfully, the ACO reporting that he’s already back with the team after medical checks. 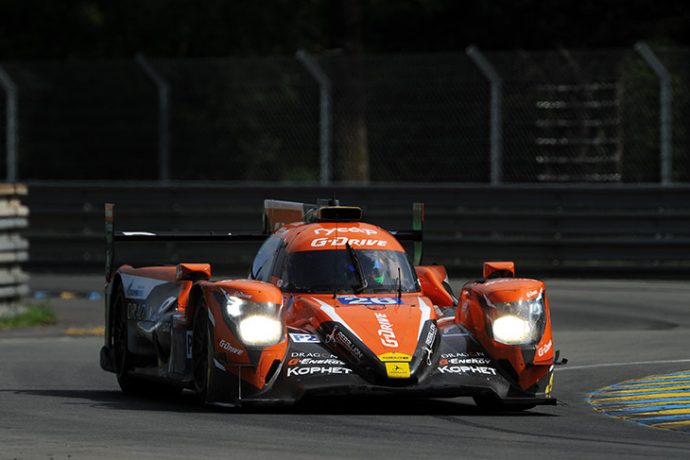 In LMP2, the #26 G-Drive Racing ORECA set the fastest time with a 3:30.176 set by reserve driver Alexandre Imperatori, leading an all-ORECA top seven (one of them the Alpine), the Russian-flagged car was over half a second up on the #48 IDEC Sport Ligier which led the way early, the car the first of the Michelin runners, Paul Loup Chatin reeling off a 3:30.887. 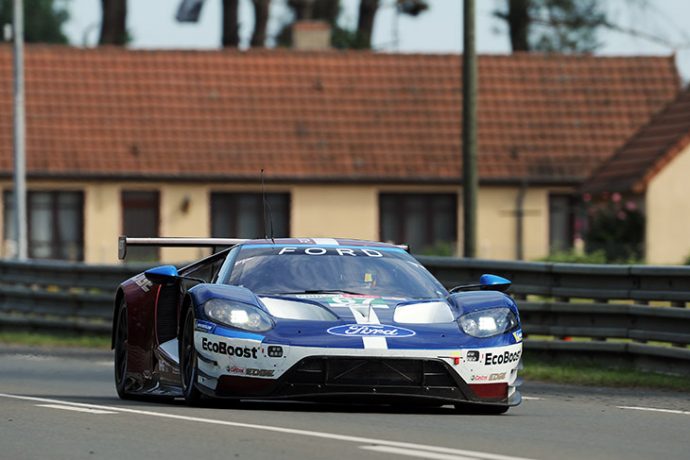 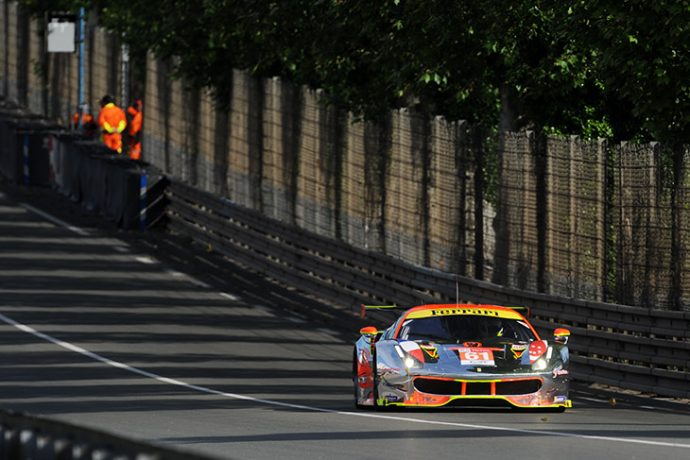 The only GTE car not to set a time in the running was the Project 1 Porsche, which hit the tyres in the first hour at the second Mulsanne Chicane early on with Jorg Bergmeister at the wheel. Elsewhere in the class, the #98 Aston Martin Vantage was also in the wars, the car having to take evasive action at a Mulsanne Chicane, Mathias Lauda being forced over the kerbs by an LMP2, damaging the car’s engine.

Due to the session ending early, the Afternoon session is set to start 30 minutes early at 13:30 local time.