Racing Team Nederland will, as reported last week on DSC, switch from their current Dallara chassis to Oreca for the 2019/2020 FIA WEC, with the team set to be operated by the TDS Racing outfit.

The driver line-up for next season will remain unchanged with Frits van Eerd joined once again by Giedo van de Garde and Nyck de Vries. 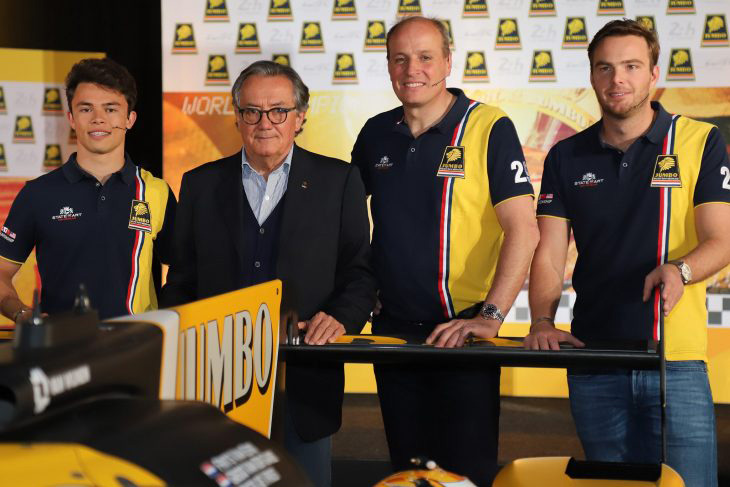 The switch from the Dallara is not a surprise, DSC sources suggest that there has been an attempt to make the change even before the super season was completed, but van Eerd made it clear tonight that its time was up with the Dutch team:

“We have been racing with the Dallara since our debut in 2017, first in ELMS and then in WEC.

“The Dayvtec crew has been working night and day for two years to improve the car. I am super-grateful because they gave it their all and we finished 14 races out of 14.

“However, the Oreca has proved to be the dominant LMP2 car. That’s why we will compete in the 2019/2020 world championship with an Oreca.

“We are fully focusing on the coming Le Mans 24 Hours. We want to achieve the maximum results and end our partnership with Dallara and Dayvtec on a high.”

The team will run at Le Mans with the Dallara in a new black and yellow livery paying tribute to the Minardi F1 team, F1 car collector van Eerd’s favourite team, and team founder Giancarlo Minardi (above) was at the launch this evening to take the wraps off the car.